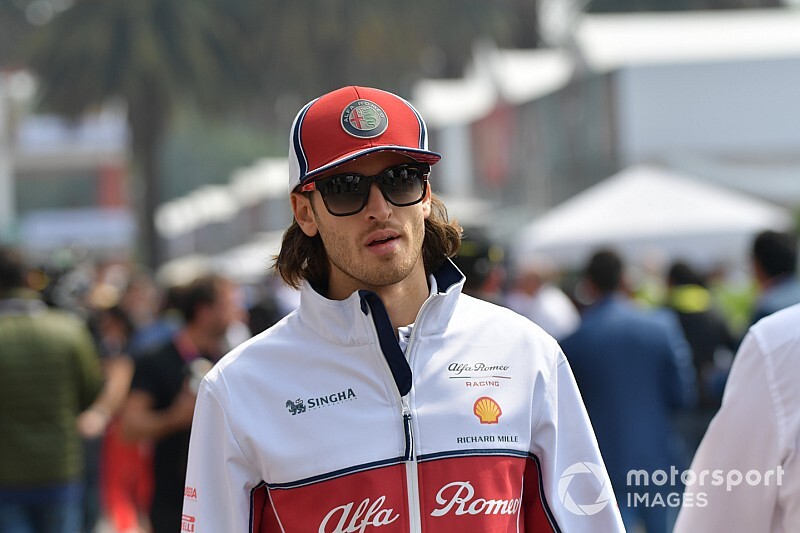 Alfa Romeo has formally confirmed that Antonio Giovinazzi will stay at the team for a second Formula 1 season alongside Kimi Raikkonen in 2020.

Although he had a difficult start to the year, the Italian's seat was never really in doubt after his form improved in the middle of the year, and because there was no obvious alternative for a seat that is reserved for a Ferrari junior driver.

The best result of his rookie season thus far was his ninth place in Monza, although he was eighth on the road in Germany before receiving a penalty for a technical infringement.

"Antonio has done really well this year and I am extremely pleased to be able to confirm he will stay with Alfa Romeo Racing for 2020," said team boss Fred Vasseur.

"The way he has integrated into the team and has consistently improved throughout his first full season in the sport are very promising and we cannot wait to unlock his full potential as we continue this journey together.

"Antonio has emerged as a very quick driver, even alongside as tough a benchmark as Kimi, and we expect him to develop even further as his experience grows. His technical feedback, work ethics and positive approach will help us continue to push our team forward."

The news closes the F1 door to Hulkenberg, who is not a contender for the second Williams drive that is expected to be taken by Formula 2 frontrunner Nicholas Latifi.

Hulkenberg has previously ruled out IndyCar and Formula E as his options beyond F1, but the DTM looks like a serious possibility.

His representatives are understood to have held talks about a move to Germany's leading racing series, with BMW the most likely destination.

Hulkenberg said the only people he is speaking with is his lawyers, and of the DTM link: "I find that amusing again. Don't be too certain on it. On Tuesday nothing will be announced, trust me."

A move to the DTM would not necessarily spell the end of Hulkenberg's F1 career, with several seats available for 2021 season, though he has ruled out a reverse driver or simulator role for '20.

Hulkenberg arrived in F1 after a glittering junior career, including the GP2 title as a rookie and winning the A1 Grand Prix series for Team Germany.

However, the 32-year-old has never found himself in a frontrunning F1 car, and holds the record for most starts without a podium finish.