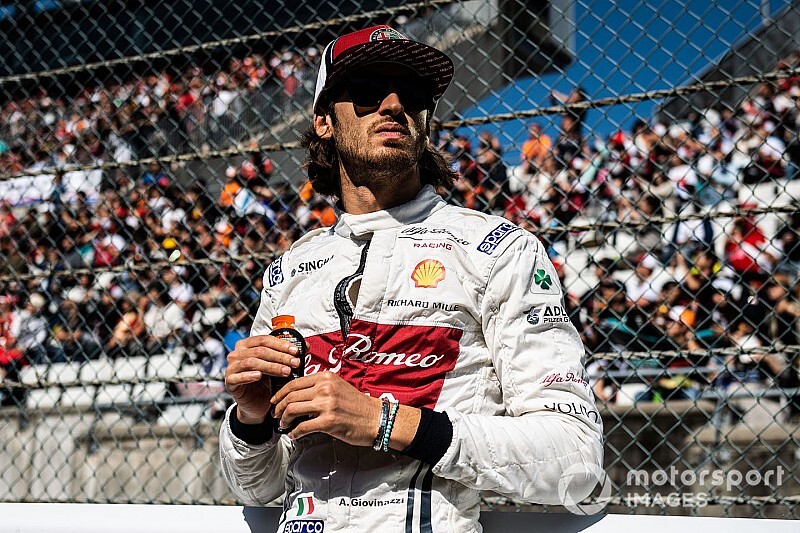 Antonio Giovinazzi says fighting for his Formula 1 future is the same experience as his entire career, as is being considered "shit" one race and a "hero" the next.

The Alfa Romeo rookie has only scored four points this season compared to teammate Kimi Raikkonen's 31, but two of Giovinazzi's three top-10 finishes have come in the five races since the summer break while Raikkonen has failed to score points in that same period.

Giovinazzi sees a parallel between his bid to keep his F1 drive and his junior single-seater career, which peaked with second place in GP2 in 2016 as a category rookie after years fighting a lack of budget.

"It was always like that for me and already from karting I didn't have the budget to continue," he said when asked by Motorsport.com if he was used to fighting for his career.

"I had a small go-kart team that supported me for free and then when I went to formula cars my main sponsor was an Indonesian guy [Sean Gelael's father] and there were many drivers looking for my seat and my position.

"But I played with the pressure and now I'm here, and it's the same thing with F1. I think it's a normal type of pressure here. In F1, everything can change really fast from race to race.

"In one race you are a hero, in the next you are shit and then you are a hero again. It can change really fast but in every category that's the same."

Giovinazzi's first race after the summer break should have been a strong points finish but he crashed out on the penultimate lap in Belgium, before bouncing back with his best result in F1 the following weekend at his home race.

His performances have been noticed by his main backer Ferrari, which has been moved to voice its support amid the potential threat of outgoing Renault driver Nico Hulkenberg taking the second Alfa seat next year.

Giovinazzi believes "nobody can take my seat" if he continues his progress.

"I have a really good relationship with Mattia and I think it was Singapore when he said that Ferrari are always supporting me and following me and I think that's really great," he said.

"For a driver it's really important to have that support and that feeling, so thank you to them - to Ferrari and Alfa Romeo Racing.

"Now it's my turn to do the best job I can to stay here for next year."

Why is Ferrari's engine legality always being questioned?