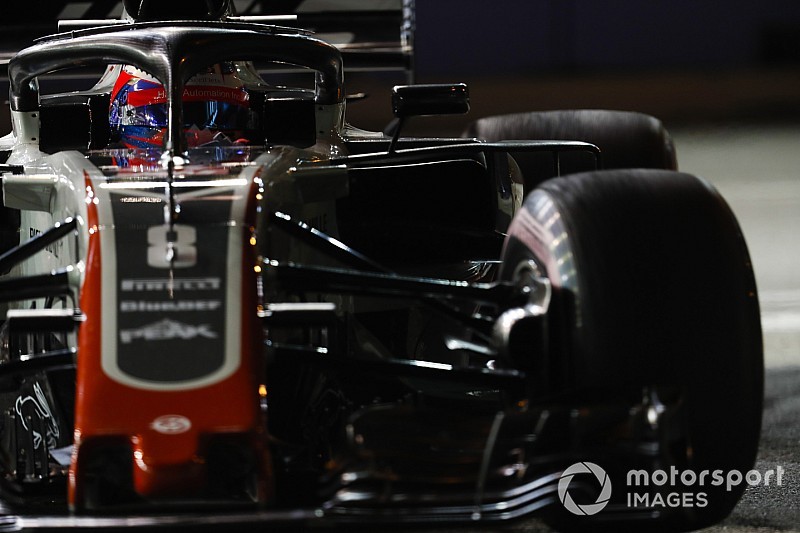 Formula 1 race director Charlie Whiting believes Romain Grosjean committed “one of the worst cases” of ignoring blue flags he has seen in a long time at the Singapore Grand Prix.

Grosjean received a five-second penalty and two licence penalty points for ignoring blue flags while race leaders Lewis Hamilton and Max Verstappen were catching and trying to get past.

The Haas driver then became embroiled in a wheel-to-wheel battle with Sergey Sirotkin, eventually passing the Williams before letting Hamilton and Verstappen through.

“And that is if you are in a battle you’ve got to forget about your own battle and move over.

“I’ve drilled that into them many times, and I think he completely forgot about it.

“He was so intent on his battle with Sirotkin that he just – the light panels were flashing with his race number on them – and Lewis was much much faster.

“It was probably one of the worst cases of ignoring blue flags that I’ve seen for a long time.”

Grosjean apologised after the race, and admitted that he was embroiled in his own battle.

“I’m sorry if I blocked anyone, it was not my intention,” said the Frenchman.

“I believe I did my best. I was fighting with Sergey, who was playing a little bit of go-kart racing out there.

“I couldn’t really slow down. Pierre [Gasly] was on my gearbox and Sergey was on my front wing.

Grosjean’s penalty points mean he is three away from receiving enough to warrant a race ban, with the Russian, Japanese, US and Mexican Grands Prix all taking place before any of his current running total of licence points elapse.

Perez, Ocon not allowed to race each other anymore