Romain Grosjean says Haas’ inconsistent form in Formula 1 is not being helped by the team having to run old car parts due to its cost-saving measures. 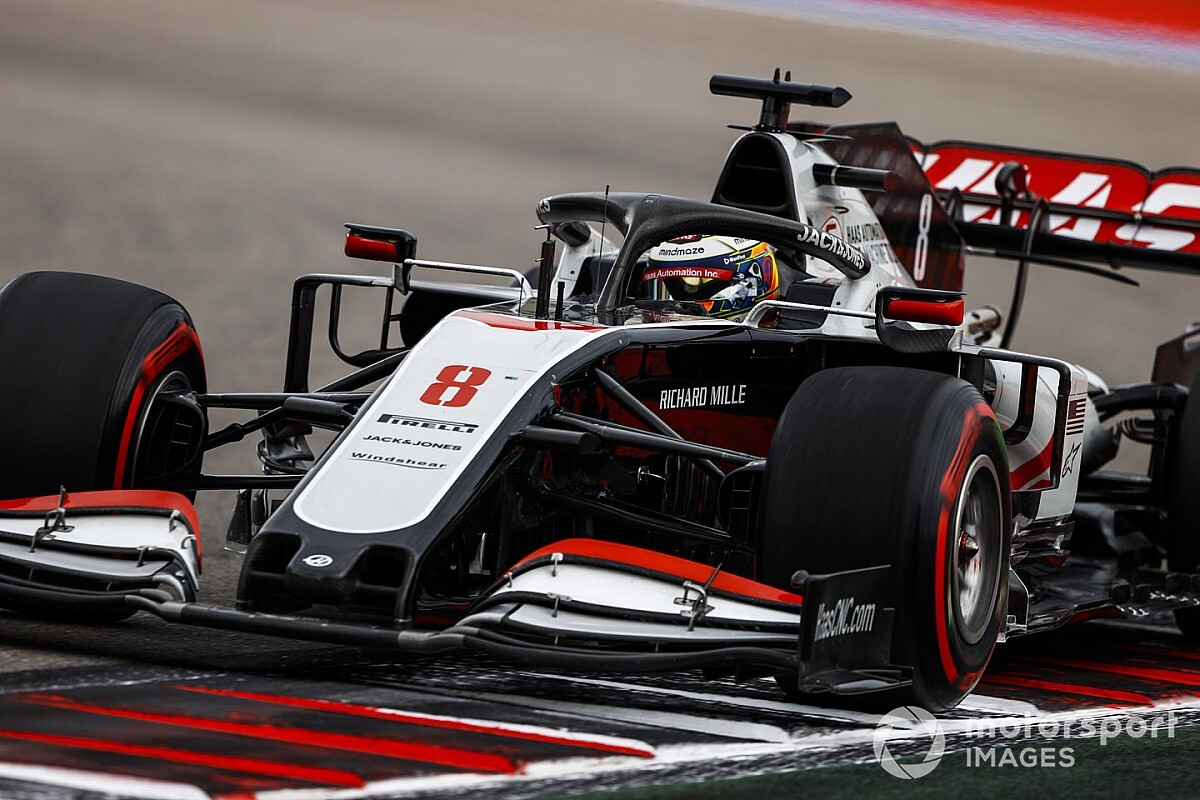 Amid the uncertainty over the financial situation of 2020 in the wake of the coronavirus pandemic, Haas has elected not to introduce any upgrades this year.

One of the consequences of that, according to Grosjean, is that the team is running older parts for longer than it would in a normal campaign.

That then triggers situations where the team no longer has the best versions of components available, due to accidents, so has to revert to parts that are not as good.

“We are running less of the new parts than we would in a normal year,” said the Frenchman, who has qualified 16th for the Russian GP.

“Therefore when you have a crash and the parts that were your best ones were destroyed, then you just go for the second best and so on and so on.

“I guess that can explain a little bit of the inconsistency sometimes. Kevin had one [bad weekend] in Silverstone, where he was miles off. I had a bit the same [here in Russia].

“So again I think set up wise and so on we are really getting the hang of it and doing a great job, but bear in mind that this is the car that was at winter testing in Barcelona.”

Grosjean says that in the wake of the incidents at the Tuscan GP two weeks ago, where he was caught up in some minor incidents and Magnussen was involved in the safety car restart crash, the problems he has faced this weekend were a likely consequence of different parts needing to be used this weekend.

“With the Mugello [crash] where the car was totally damaged and we had to change a lot of parts, I guess some were not working as good as they should have,” he said.

Grosjean also reckons that the increasing struggles the team is facing in being able to get out of Q1 is not a surprise, considering the team is not improving its car.

“We haven’t been developing the car, so the more it goes, the more likely we are going to go backwards if others are developing.

“Obviously we are getting to a nice place to set it up and we are really I guess getting the most of it.”