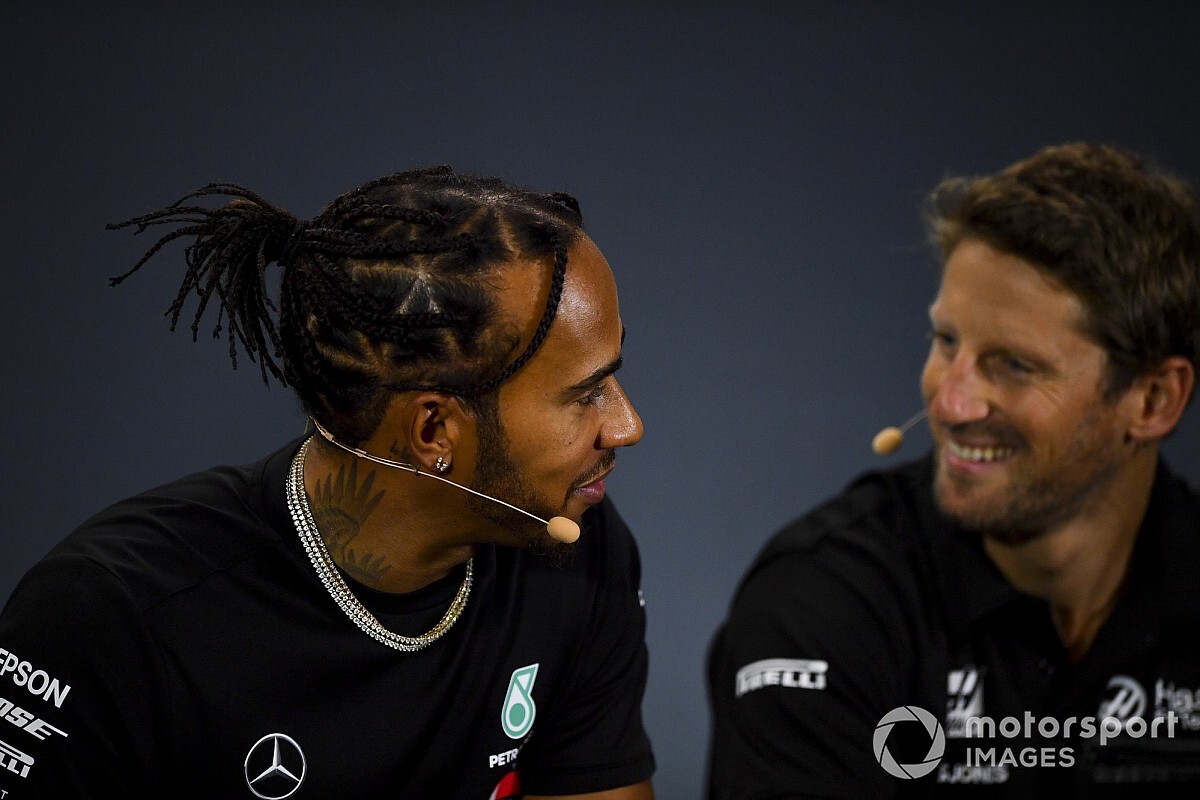 Romain Grosjean thinks it unacceptable that top Formula 1 drivers like Lewis Hamilton are earning more than $40 million per year, while some of his rivals are on so much less.

With F1 considering some form of salary cap in the future as part of ongoing cost cut measures, the idea has divided drivers.

Grosjean, who is a director of the Grand Prix Drivers’ Association (GPDA), said that there had been debate about the matter – and one of the concerns was that limiting pay at the top end could impact the careers of rising stars.

"We had this talk in the GPDA,” explained the Haas driver. “Some were in favour, others were against. I do think it's unacceptable that Lewis Hamilton earns more than 40 million while some drivers earn €150,000 a year for the same job.

“However, what was pointed out was that if we cap drivers' salaries, we break the whole ladder of motorsport. Who would invest money in young driver programmes to pay for their racing if they can't get their money back by taking a percentage of the drivers' high wages? That's the debate.

“Personally, I wasn't necessarily against the idea of having drivers' salaries in the budget cap. But then, for sure, you would question what manufacturer or manager would come and spend a fortune on a driver only to take back 20% of something that is capped, so never get their money back…"

Hamilton is set to begin talks soon with Mercedes about a new contract, with him all but certain to remain at the team for the next few years.

The world champion moved on Saturday morning to rubbish a report that his demands for a £40 million salary had been rejected by Mercedes and he was only being offered half that.

“So the media keep writing about contract and me making demands but I haven’t even spoken with Toto about it yet,” he posted on Instagram. “No demands, the conversation hasn’t even begun. So please stop making shit up.”