Haas Formula 1 drivers Romain Grosjean and Kevin Magnussen will be given their first taste of NASCAR over the US GP weekend.

Tony Stewart, co-owner of the sister Stewart-Haas Racing NASCAR outfit, is to drive them around COTA on the Thursday before the race in the number 14 Ford Mustang, equipped with a passenger seat. The F1 drivers will then both have a chance to take the wheel.

Stewart has previously given Magnussen a run in a sprint car, as captured in the Netflix Drive to Survive series.

Magnussen has never raced with a roof, but he has tested a Mercedes DTM machine. 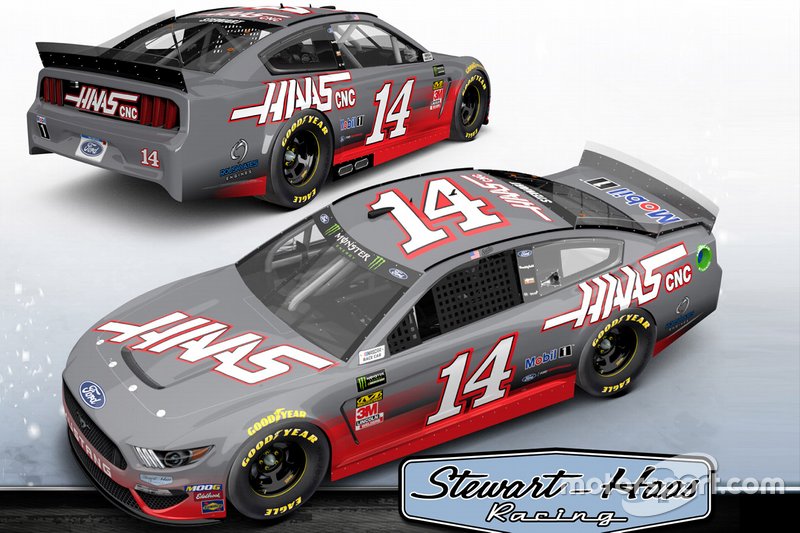 "A DTM car is very aerodynamic," Magnussen said. "They have a lot of downforce. A stock car hardly has any downforce. So, I don't have any idea how it'll be. I've never driven a NASCAR before. I'm pretty certain it's going to be very different to the other car I drive around COTA.

"A NASCAR is such an iconic race car. I've always been eager to try one. Of course, it's usually in its element on an oval, but they do race on road courses, as well. It'll be interesting to have a go and have a bit of fun.

"I found my feet in that sprint car last October pretty quickly thanks to [Tony's] advice, and also thanks to him jumping in the car and showing how it's done before I got in.

"I had a great time with Tony. He's a great driving instructor and he knows his way around these things. His experience and knowledge when it comes to stock cars is probably just as impressive."

Grosjean raced a Ford GT1 car during a break in his F1 career in 2010, and has previously been linked with driving a NASCAR for the Haas team in a road course race.

"I think we just need to slam the brakes a bit earlier than we do with a Formula 1 car," he said. "We'll see how the engine responds to throttle application. I can't wait. The sound of it's going to be great.

"I think it's going to be a good experience. I think having Tony Stewart helping us and giving us advice is going to be bloody amazing."

Austin will be Stewart's first NASCAR outing since he returned his focus to sprint cars three years ago.

"It's kind of hard to believe that it's been three years since I last drove a stock car," he said. "But seeing some of these road-course races – especially the Roval at Charlotte – have piqued my interest a bit, so this is a good way to sort of satisfy that hunger.

"I've never been to COTA. All I know about it is what I've seen on TV and on my iRacing simulator. I kind of like that. Even after two decades in NASCAR, there's still new stuff to experience. I haven't driven that racetrack and Kevin and Romain haven't ever driven a stock car. We'll figure it out together."

Verstappen had pace to win the race - Horner