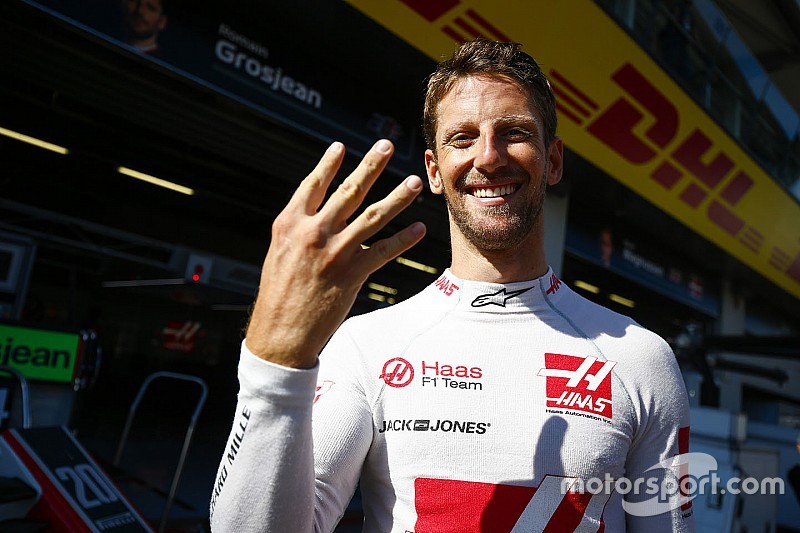 Haas Formula 1 driver Romain Grosjean says his drive to fourth in the Austrian Grand Prix has stopped a “negative spiral” of incidents and tough races.

The 12 points Grosjean bagged at the Red Bull Ring ended a barren personal run od 12 scoreless races stretching back to the 2017 Japanese GP.

Grosjean has been under pressure this season following several incidents and high-profile mistakes, but enjoyed a “perfect weekend” in Austria, splitting the Red Bulls in qualifying and scoring the best result possible once the Mercedes drivers and Daniel Ricciardo retired with mechanical problems.

Grosjean said this race was “what we needed” and important for the “negative spiral, stopping it, and starting again a positive”.

“Before the race I wanted to make my kids proud and they watched the race and they were proud,” Grosjean told TV crews after the race.

“I am very, very happy with that and very happy for the boys, because they deserved such a good result after all the hard work getting the cars ready and sorting out the crashes and repairing the car. And here we are.”

Grosjean had come under fire for a sequence of big mistakes, including crashing behind the safety car in Azerbaijan, triggering a first-lap pile-up in Spain, and crashing out of qualifying before coming together with Esteban Ocon on the first lap of the race in France.

But Grosjean has described his difficult period in 2012, when he earned a race ban and severe criticism from rivals, as tougher than this recent spell, and felt he always had the full support of Haas.

“I think the team was always behind me and supporting me,” Grosjean added.

“When everyone was asking questions and saying: 'are you going to change Grosjean?' and so on, the team knew we had two superb seasons.

“Obviously this one didn't start as we wanted, but I didn't lose confidence.”

Haas team boss Gunther Steiner said Grosjean had been quick to shrug off recent incidents and felt a big result would come eventually given the strength of this season’s car.

“Emotionally after an event like what happened in Baku and Barcelona [and France], for sure the emotions straight after the event are very high, but I think he came back to himself very quick,” Steiner said.

“We spoke about it and said ‘just keep on doing what you’re doing and it will come to us’.

“We always said we gave him our confidence. He did good for us for a long time and we knew he would be coming back to be the Romain he was last year.

“Sure if he would have 50 points now his confidence would be higher, but now he knows he needs to work hard and he can get points.”