Grosjean: "S***" penalty situation has made me cautious 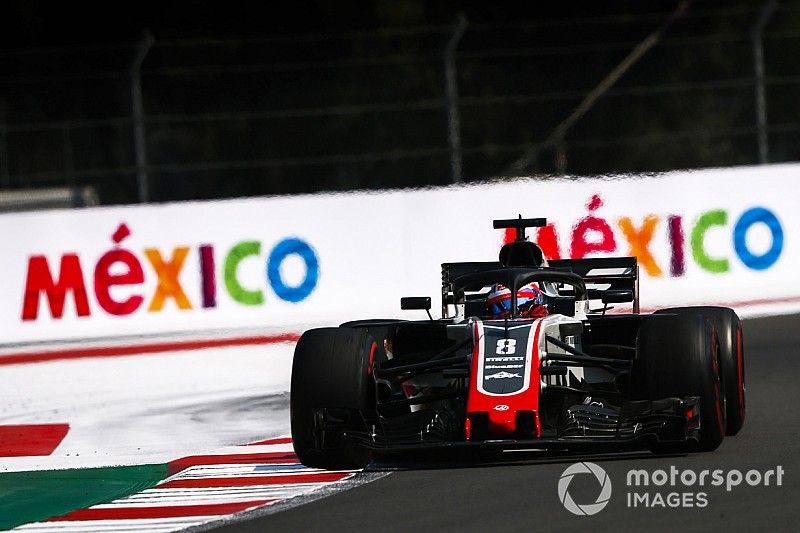 Haas Formula 1 driver Romain Grosjean has admitted that the ‘s*** situation’ he is in with his penalty points means he is having to be extra cautious out on track.

Grosjean's opening lap collision with Charles Leclerc in Austin last weekend has left him just two points away from a race ban, so any incidents over the Mexican GP weekend could see him forced out of action immediately.

“I am in a s*** situation,” admitted Grosjean. “I’ve got two points left. I get one back after the [Mexico] race and two back after Brazil, so then it is going to be a bit nicer. But sometimes you take a penalty and you don’t know why.”

The Frrenchman accepts that some of the points he has earned are fair, while others have been more debatable – but he suggests that more common sense is needed when it comes to dealing with opening lap incidents.

Reflecting on the Leclerc incident, he said: “I think you could have seen it as a lap one racing incident.

"Yes I made a mistake. I didn’t want to take risks, I didn’t brake hard enough, I didn’t slow down enough in dirty air. But it is lap one of the race. Things happen.

“If you start putting penalties every time we touch, then the races are already not the most exciting thing in the world, so my goodness.”

He added: “You can go through it a hundred times. There are penalties you deserve. The points system, do we need it in F1, with supposedly the best drivers in the world? I don’t know.

“Put it in NASCAR. Guys will be banned twice a day or three times a year.”

Grosjean said that he had noticed an extra caution to his driving in Mexico.

“When you are on a fast lap you do your best, and when you are on a slow lap you always watch twice more in the mirrors and make sure you don’t block anyone,” he said after Friday practice.

“And it is not easy. A slow lap has to be 30 seconds, 40 seconds slower on a very short lap and you are trying to keep on the right side of cars. But that is the situation we are in and we have to live with it.”