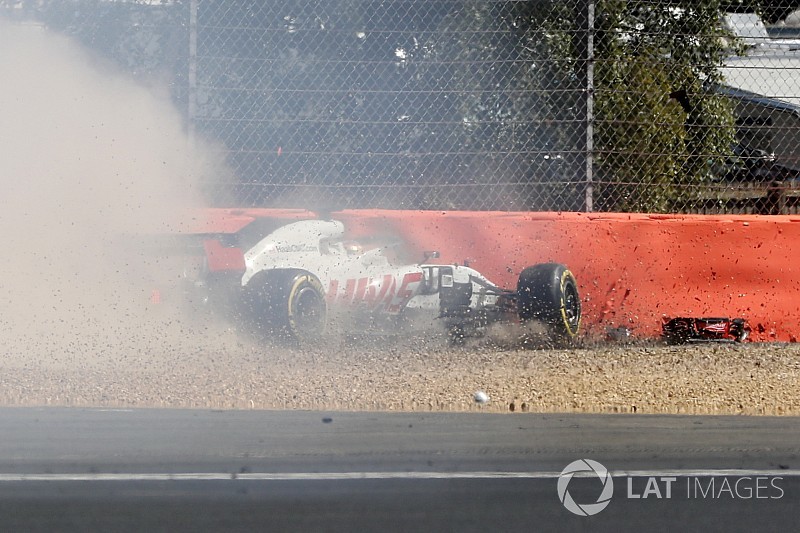 Romain Grosjean will miss second practice for the British Grand Prix after a heavy crash in the morning has forced the Haas team to switch to a spare chassis for the French driver.

Grosjean spun at Turn 1 when he tried to take the corner with his DRS open, and he hit the tyre wall with the front left corner.

He revealed on the team radio that he had attempted to deactivate the DRS, but had failed to hit the button on his steering wheel.

He told the team: "The car is destroyed, very very sorry. I think it was the bump, I missed the button."

On retrieving the car, the Haas crew quickly decided to build up the spare car.

"We need to change the chassis," said team boss Gunther Steiner. "He will not be out in FP2. Simple as that."

After a strong race in Austria it was an eventful morning for the team, as Kevin Magnussen was summoned to see the FIA stewards after allegedly making a dangerous manoeuvre when passing Fernando Alonso.

"We're back to a normal day in the office," joked Steiner. "One car we need to change chassis, the other is with the stewards right now, so we're just getting normal now!

"I hope we can get it back together tomorrow and have a good race on Sunday, more like Austria."