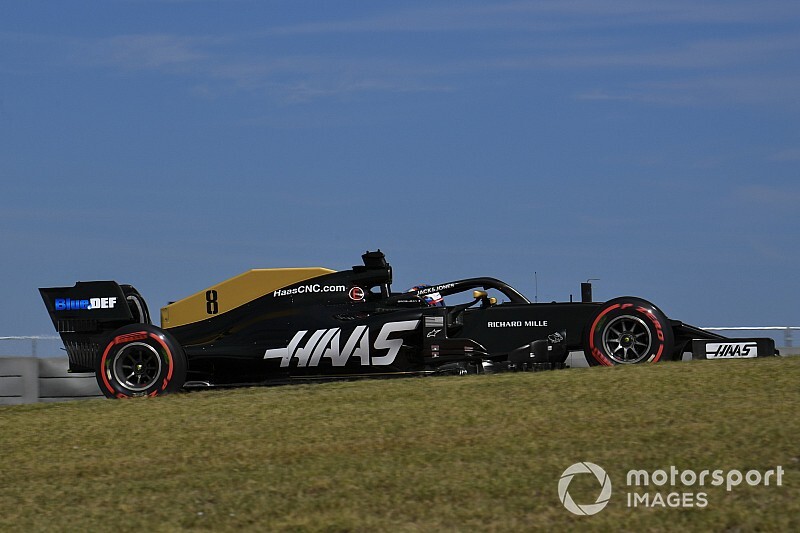 Romain Grosjean says he didn’t want to "touch" his Haas Formula 1 team’s most recent aero package any more, with his engineers still at a loss to explain what caused his practice crash at the United States Grand Prix.

The Frenchman suffered a high-speed accident in second practice in Austin after the back end of his car got away from him in the twisty first section of the track.

But even after a night of analysis by the team, Haas has been unable to pinpoint why the test of the aero spec that was first introduced at Hockenheim suddenly resulted in a dramatic loss of rear downforce.

“We tried an update package and it’s got big issue in high speed corners, and basically I lost the car for no reason,” said Grosjean after qualifying 15th.

“It’s just the rear downforce decided to go and they can’t explain. They said this package we don’t touch it any more.

“So we had to change the rear wing and not take the risk, and I had to run a very heavy rear wing in terms of drag. It was about half a second on the straight compared to Kevin [Magnussen]. And making up half a second in the corners is pretty tricky.”

As well as the rear wing choice hurting his form in qualifying, Grosjean is fearful about what impact it will have in the race.

“I’m like slower by 15kph compared to the competitors, so I’m a sitting duck,” he said. “It’s not great.

“We’ve had a fair bit of issues in the weekend and just all in all it is a long season.

"It’s hard to keep your head up and you know, you’re in your own race and there is nothing you can do and you’re bloody slow on the straight. It’s painful.”

United States GP: The race as it happened