After the announcement of Team Lotus in which they claimed the victory in the Lotus name dispute court case, Group Lotus has now also reacted and has claimed victory as well. It seems Mr Justice Peter Smith gave Fernandes the right to use the full “Team Lotus” name, but also decided Group Lotus also has the right to participate in Formula One using the “Lotus” name. 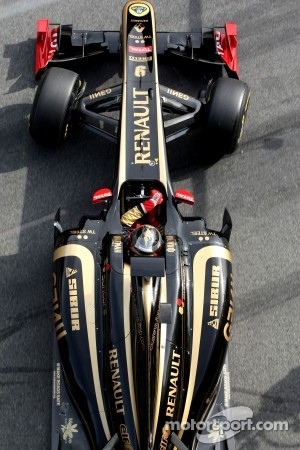 Renault can keep the black and gold livery

The Judge found that:


But Group Lotus also announced they will appeal the decision, as they fear today’s decision has caused even more confusion for the fans and general public.


“Group Lotus is concerned that this aspect of the Judgment will cause confusion in the eyes of spectators and the wider public. Accordingly, Group Lotus is seeking leave to appeal so that the right to use the Lotus brand in Formula 1 is clarified once and for all in the interests of the sport and the fans. Group Lotus and its shareholder Proton Holding Bhd are confident of success on appeal."

Head of legal at Group Lotus, Sarah Price commented, "Group Lotus is pleased that its right to race under the Lotus name in F1 has been upheld and that the Defendants' attempts to stop that have failed.”

"The ongoing dispute with Team Lotus and associated companies has been a cause for concern for all at Group Lotus. Despite the detailed judgment there are issues which still require clarification and we remain committed to obtaining this much needed clarity for the many fans of the Lotus marque - we are extremely grateful for their continued support. The decision to appeal has not been taken lightly."