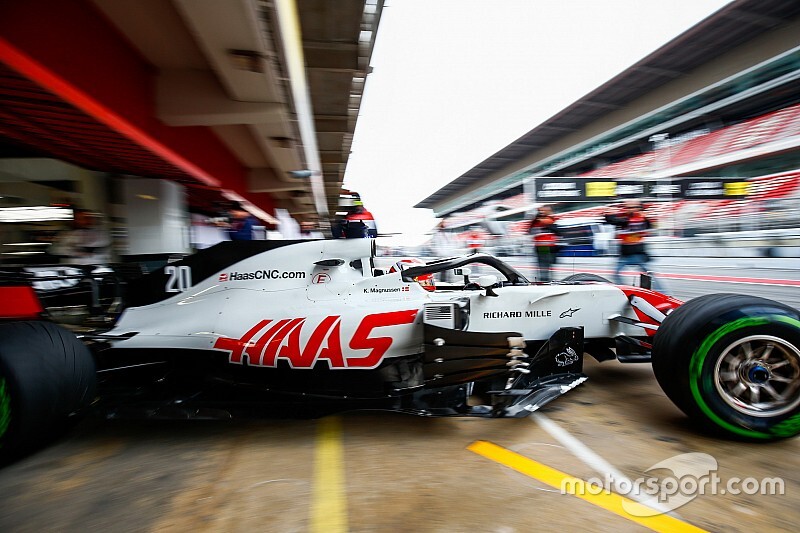 The Haas team's fifth Formula 1 car will be unveiled at pre-season testing in Barcelona, the American outfit has confirmed.

Haas was the first team to reveal its livery for the season last year, but on this occasion is due to wait until February 19 to show off the VF-20 and its colours.

The car will be unveiled at 8am local time, 15 minutes before Alfa Romeo - the other team leaving its launch until the very start of pre-season testing - takes the covers off its own 2020 car.

The Haas VF-20 will be campaigned by an unchanged line-up of Kevin Magnussen and Romain Grosjean.

Haas had begun the previous season with high expectations after a good pre-season showing by the VF-19, but the car proved inconsistent and in-season developments yielded little reward, consigning the team its worst-ever constructors' championship finish of ninth place.

The VF-19 had run in black-and-gold livery following the arrival of Rich Energy as title sponsor.

However, that deal had been terminated by September, and Haas has been tipped to return to its customary red, white and grey colours for its 2020 car.

The outfit becomes the eighth F1 team to officially confirm a launch date for its 2020 campaign, with only Williams and Red Bull still to do so.