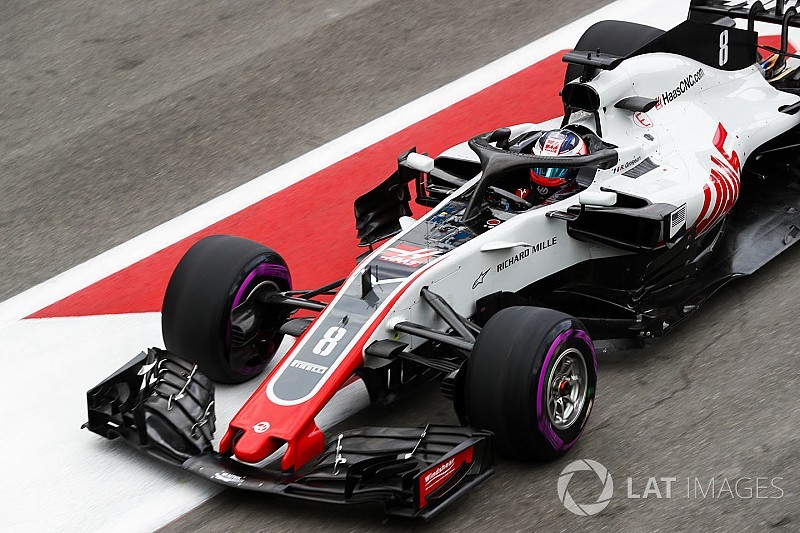 Haas has conceded it still needs to get used to competing in Formula 1's “big boy league”, having failed to capitalise on its 2018 car's pace in the first races of the campaign.

The VF-18 has been a standout package in F1's midfield right out of the blocks, yet the team has just 11 points to show for the first four races of the season.

Pitstop errors and bodywork dramas cost Haas precious points in Australia and Bahrain, and the most recent race in Baku only added to the misery – as Romain Grosjean crashed out from sixth during a safety car period, and Kevin Magnussen non-scored after a pair of incidents.

"At the moment we can't get it together, everything to gel," team boss Gunther Steiner told media after the race.

"In Australia we had the pitstop problem, we sorted that one - then we didn't have a problem. We just need to get it all in one race.

"We do things very good and then we miss on one [thing]. That's maybe the learning now, to play with the big boys, what we need to learn. Because we are only in our third year.

"This is not an excuse, this is just reality. I think we need to get a little bit sharper on it. Maybe not sharper, I think we are sharp, but tie it all up together.

"We just need to get it once, [put] everything together, and then we will shine."

Steiner's comments were a follow-up to Grosjean's from earlier in the weekend, when the Frenchman suggested the outfit's early-season underachievement was down a lack of experience in battling higher up the grid.

"Because it's our first time playing in the big boy, big league, every small mistake, you pay [for] them [in] cash," Grosjean said.

"The team produced the car which is probably the fourth-fastest - maybe not here [in Baku] but in general the fourth fastest. And the team now needs to get used to playing in that big league.

"It's when you're playing at that level, that you realise where are the small things you're missing.

"It's normal that with the little experience we have and the first time we're playing in that league, we're missing few bits and pieces that we're sorting out."

Asked by Motorsport.com post-race whether Grosjean's claims now applied to the Haas team's drivers in particular - with the Frenchman crashing and Magnussen earning a penalty for his move on Pierre Gasly - Steiner insisted that the current line-up were "big boy drivers".

He did say, however, that Grosjean's crash was "not something you expect from anyone" in F1.

"In general I think we are not using the potential of the car to get into the points," Steiner added. "We should be quite up there. Everybody sees that, because the car is performing very well.

"In the race we started last and put ourselves in P8 with Romain, behind [Sergio] Perez. That was on speed because everybody had one stop. Then the safety car comes out and we are in P6 all of a sudden. And then we go home with nothing."

The dark horse that should be taking F1 2018 by storm

How Formula 1 teams have jumped upon a floor loophole