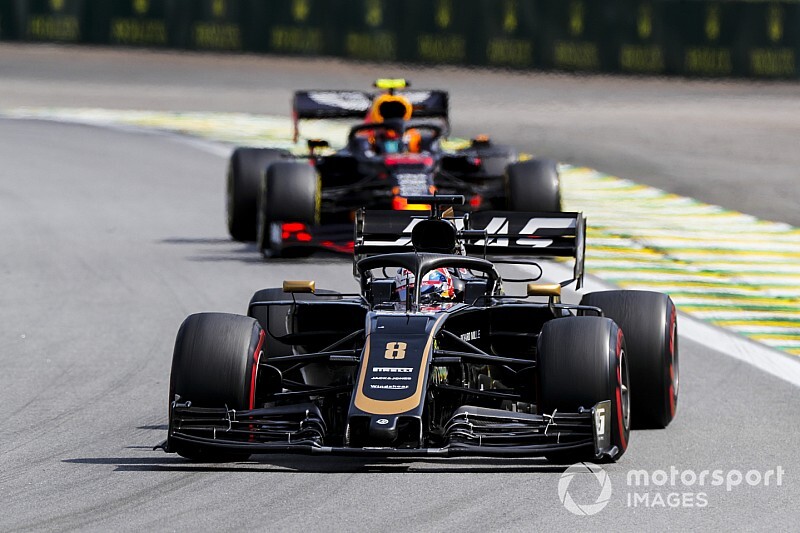 After a solid race, Grosjean had looked on course for a good points haul at the final safety car restart before he was pushed wide by Carlos Sainz, who went on to finish third, and then tumbled down the order to finish outside the points.

Afterwards, Steiner revealed that Grosjean's fate had been sealed when he fell into Sainz’s grasp by a bizarre MGU-K problem that meant it failed to work at the very moment it was needed.

“He couldn't get going,” he said. “And then Sainz pushed him off as well you know. Then you just go back into the mix again. Our car in the traffic isn't good so we just lost all these positions, and then it was like, you say, like square one.

“It was only on that restart that there an MGU-K failure. It's unbelievable to me, you know.”

Rather than the MGU-K problem being an out-and-out failure, Steiner said the glitch was only temporary – which made the situation even more baffling.

“It was kicking out,” added Steiner. “He had no power from the MGU-K, and then the next acceleration was cutting out and then it was good again. Nobody knows what it is. We still don't know because afterwards it worked again.”

Grosjean admitted that it was typical of Haas to have suffered such misfortune at the very moment it could have produced something special.

“It was honestly one of my best races,” he said. “I really drove it like flat out every single lap to the limit. But when the safety car came I knew we were dead. The tyre temps just dropped, I lost 40 degrees on the front-right tyre and I knew the restart was going to be tough.

“I was not very happy with Sainz, pushing me very wide in Turn 2, but even so then people on soft tyres behind me just passed me all the time.

“I’m happy for Pierre [Gasly, who finished second]. That’s the positive of the afternoon. He deserved that podium, I was the last Frenchman to stand on the podium. So good for him.”