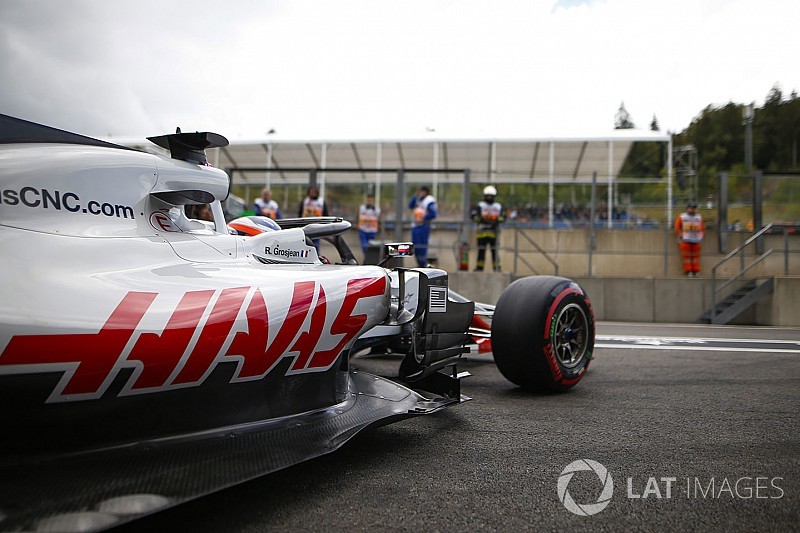 Haas F1 team drivers Kevin Magnussen and Romain Grosjean will both use the team's updated floor in the Italian GP after an initially inconclusive first run with it at Spa.

The revised floor design was used on Friday at Spa, but Grosjean then switched to the older version for the rest of the weekend.

After the race, the team still wasn't sure if the new floor had provided a clear improvement, but subsequently has been given it the thumbs-up after the data was reviewed back at base.

"Last weekend we both had the update on the car," said Grosjean when asked by Motorsport.com.

"And we were not very competitive on Friday, so we decided to revert one car to old spec, just to see the difference and try to understand and get a lot of data, which we did.

"The guys went to the factory and discussed with the aerodynamic department, and it was clear that the new package is a good step in a good direction, and we should run it.

"It does require a bit of adjusting in the set-up which Kevin did over the weekend using it, and which now we know. Now we will use the new package we it should be more competitive."

Team principal Gunther Steiner conformed that the numbers were positive: "Obviously it must have been better on the data and all that stuff and they came to the conclusion that it is all what it is, we're confident now and that's why we do it.

"But I couldn't explain the detail because I haven't seen the report or spoken in depth with any of the engineers."