Rich Energy failed in a bid to buy Force India earlier this year, and the drink company's CEO William Storey was in the Austin paddock last weekend.

He held a meeting with Steiner in the paddock on Sunday morning and was also seen in conversation with Williams and McLaren.

Four days later, Haas announced the new title sponsorship deal for 2019 and confirmed its cars would be painted in the company’s black and gold colours.

Scepticism over Rich Energy's ability to fund an F1 team and the speed in which the deal was completed has raised questions over its viability.

Steiner, when asked by Motorsport.com, said: “Your due diligence you don’t do with the person there, there’s some other ways to do that.

“We did what we need to do. We needed to do it before we met him. Why do you doubt that?

“Obviously we did what we needed to do, and our legal advisors were content with that.”

The Rich Energy deal also came as a surprise, because team owner Gene Haas has been content to use the F1 team to promote his own machine tools company and had appeared reluctant to take on high-profile branding from a third party. 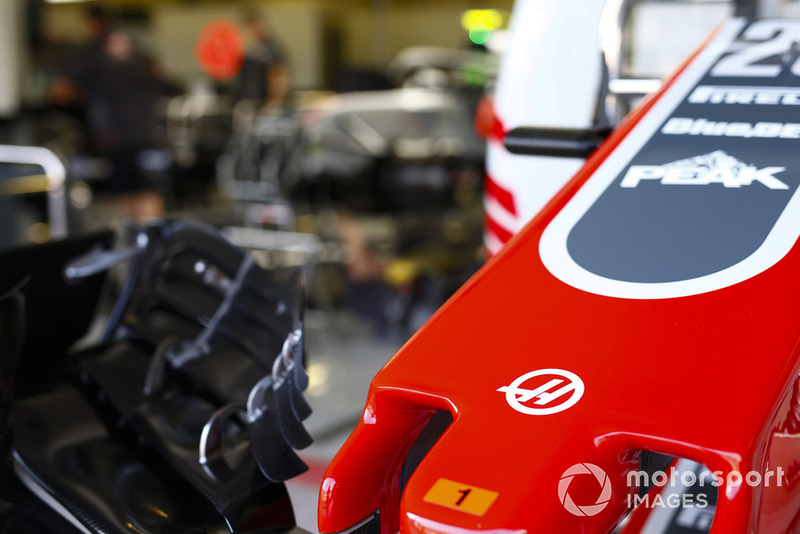 But Steiner says the time was right for a title partner.

“I think now we are in [F1 for] three years, the Haas F1 name is pretty well established, I think everybody would agree to that.

"Everybody knows what Haas F1 is. At the beginning it wouldn’t have been, if we had another brand in it.

“For one reason or another it’s well-established, the Haas point.

"If a partner comes along which contributes enough that you do something together and it gives you opportunities as well, why not do it? I think it will help the team.”

Steiner said the livery was not finalised but that Haas had "seen some schemes", and would not be drawn on whether Rich Energy would provide "extra" funding or allow the team to scale down its own investment accordingly.

Haas is also unlikely to expand its team size.

“Even if we employ more people we still work on our principle that we want to be efficient.

“We are well grounded. I think we show that our business model is working quite well. It’s not perfect by any means, we can get better, but we want to grow it where we think we are weak.

“I know the spots where we are weak, we will grow them and make changes, but they will not be that we’re going to run the old style way of having 500 people in two years.”