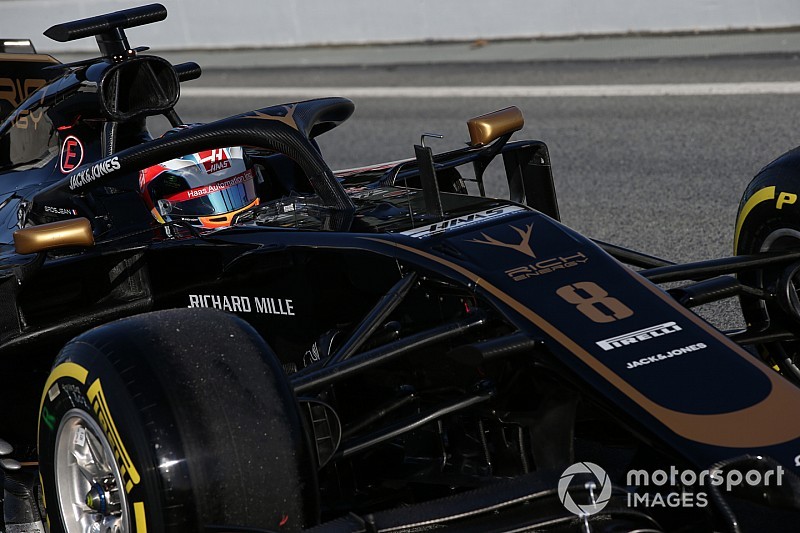 After an electrical problem forced the VF-19 to stop on track on the first morning of testing with Romain Grosjean at the wheel, it stopped once on Wednesday morning for reserve driver Pietro Fittipaldi and twice for Grosjean in the afternoon.

The American squad still managed to log 117 laps, but Steiner says the team is yet to solve the issue.

“It’s annoying more than frustrating, the car has good potential, the drivers like it, we just need to sort out these little gremlins,” said Steiner.

“We just need to find what causes it. We still have time to find it, therefore I am not too desperate. I’m not liking it, to be honest, I could do without it, but still it is nothing to be desperate about, we will fix it.”

Steiner confirmed that an electrical issue caused a fuel pressure issue on Monday, while the issues on Wednesday were because “the engine could run safely anymore so we had to stop it”.

Despite being halted three times in testing already, Grosjean said that the problems were “a part of testing” and that the team was making good progress with the new car.

“A few electronics issues to work out, but that shouldn't be too complicated,” he said. “It's not [been] a bad day to be fair.

“Yes, we came back a couple of times in the 4x4 and had to stop the car on track. But that's part of testing and we're finding our limitations and what we can do better on the car.

“The main thing here is the car is really good, a good step has been made from Monday. I was already happy on Monday, but I'm more happy now.

“I think we're getting better and better, and really improving the car and working in a good direction. So [I’m] very much looking forward to working more tomorrow.”

Grosjean will drive the Haas again on Thursday, before handing over to Kevin Magnussen. The latter was supposed to drive on Tuesday afternoon, but was ruled out by an issue with his headrest.

Steiner confirmed that problem had been solved and that the Dane would return in the line-up in the afternoon.

“It will be ready, it will be ok,” added Steiner. "We just had to modify the headrest and the seat. Nothing big, it’s an adaption.

“Yesterday [Tuesday] there was not time to do it in a safe manor. It’s being done here [at the track in Barcelona].” 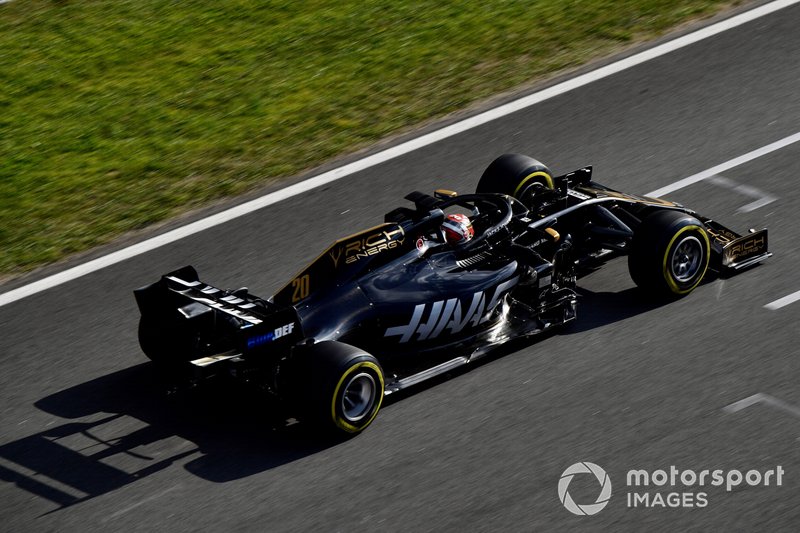