Haas wants "all the facts" before making Ferrucci decision 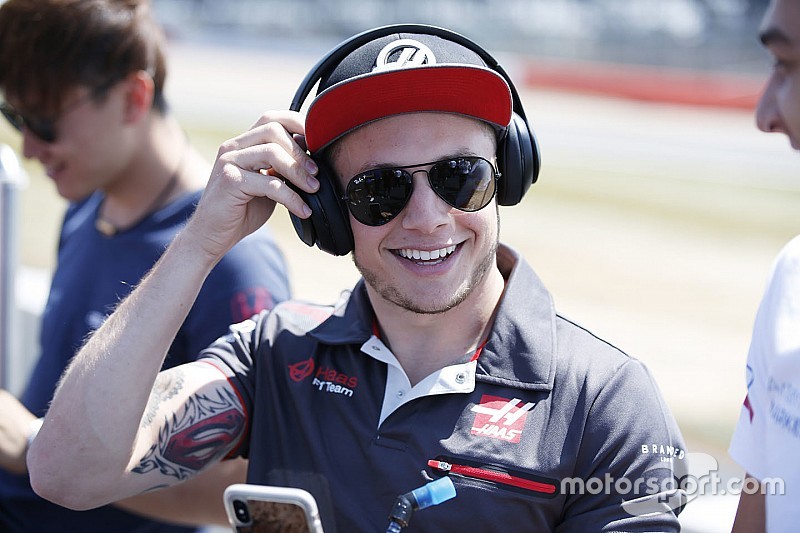 The Haas Formula 1 team wants "all the facts” before deciding on whether to keep Santino Ferrucci as one of its junior drivers, while he’s serving a four-race ban.

Formula 2 driver Ferrucci is banned for the Hungary and Spa rounds of the championship after crashing into Trident teammate Arjun Maini on the cool-down lap of the Silverstone sprint race.

He was also fined for driving his F2 car without a glove, and for holding a mobile phone while driving between paddocks during the Silverstone weekend.

The American driver subsequently apologised, but he was later dropped by Trident and also by his management agency.

Ferrucci's link with Haas remains, and a statement from the team, of which Maini is also a junior, stipulated that planning for its German and Hungarian Grand Prix weekends was “more important” than making a decision about the events of Silverstone.

“Haas F1 Team remains committed to gathering all of the facts and having in-person conversations with all the individuals involved in the situation,” read the statement.

“We are being diligent, but our priority is the last two races before the summer shutdown.

“While we want a better understanding of everything that took place, we aren’t in a hurry because the German and Hungarian Grands Prix are, quite frankly, more important.”

Speaking after the incident in Silverstone, Haas F1 team principal Gunther Steiner had said that he would be investigating what had happened.

“I'm aware of the incident, I've seen it once on TV when they showed the race," he said.

"I didn't really realise, I didn't hear the audio, but I was made aware that there are some problems.

"I said I'm not going deal with them today, because we have a race to go to.

"I'm going deal with them in the week so I will get more information.

"I'm aware something happened but at the moment I don't have enough information to comment on it."

Motorsport.com understands that Trident are considering two different replacements for Ferrucci in Formula 2, with a quick decision needed before the Hungary event begins on July 27.

Red Bull would have still won with Honda - Horner