Lewis Hamilton has avoided a sanction for a rules breach when rejoining the track at Turn 2 during qualifying for the Russian Grand Prix, ensuring he keeps pole position. 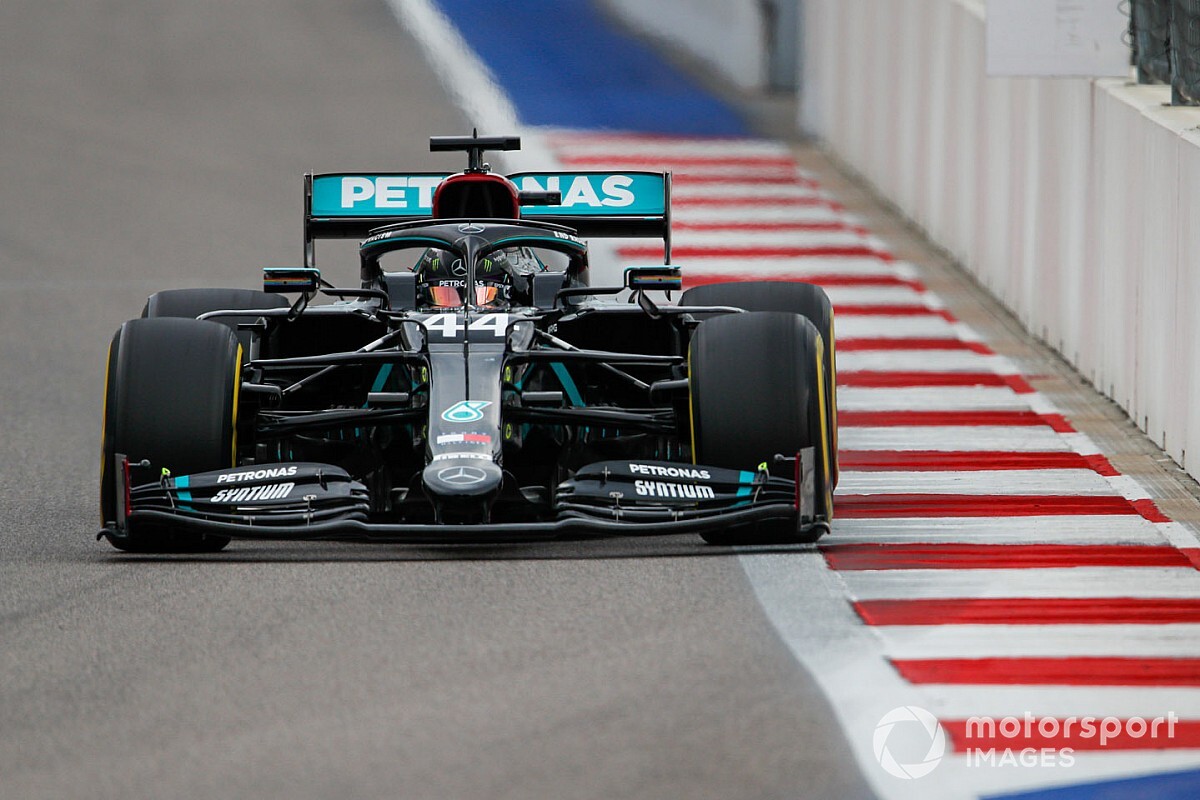 Hamilton scored the 96th pole position of his F1 career in qualifying at the Sochi Autodrom on Saturday, beating Red Bull's Max Verstappen by half a second.

But the FIA stewards said during qualifying that Hamilton faced an investigation after failing to adhere to race director Michael Masi's instructions when rejoining the track at Turn 2.

Masi informed drivers in his pre-race event notes that they must weave between some bright orange bollards in the run-off area if they missed the Turn 2 apex, before rejoining the track slowly.

Hamilton failed to navigate the defined escape route in qualifying, prompting him to be investigated along with Williams' Nicholas Latifi and the Haas pair of Kevin Magnussen and Romain Grosjean.

The stewards said  in a bulletin issued after qualifying that Hamilton accepted he had not followed the instructions set out by Masi, but gained no advantage and did rejoin the track safely, thus escaping a penalty.

"The driver accepted that he had not followed the instructions and further he accepted that in a race there would be a penalty," the stewards wrote.

"The stewards determined that there was no advantage, as the relevant lap time was deleted.

"Furthermore, to be consistent with previous decisions, the Stewards considered the precedents set out in the 2018 Spanish Gran Prix and the 2019 Canadian Grand Prix."

A similar notice was issued clearing Latifi, Magnussen and Grosjean as well, with all drivers being reminded that such a breach in the race would land them a five-second time penalty.

The FIA has traditionally been strict on track limits at Sochi due to the significant amount of run-off area, prompting it to install the escape route at Turn 2 before leading into the fast left-hander at Turn 3.

Hamilton almost failed to set a time in Q2 after running wide at Turn 18 on his first lap that was subsequently deleted for exceeding track limits.

The Mercedes driver went on to make it through to Q3 before scoring pole position ahead of Verstappen and teammate Valtteri Bottas.