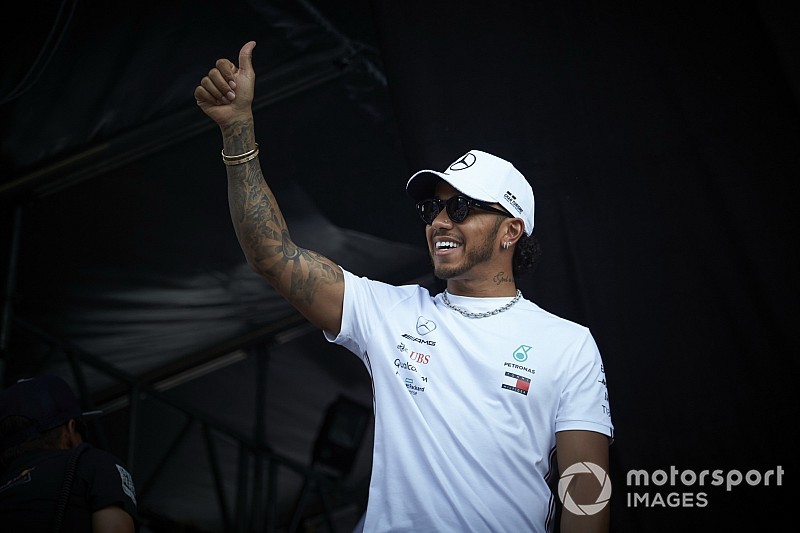 Formula 1 world champion Lewis Hamilton has taken a further step into the world of entertainment by appearing in and becoming an executive producer of a major Hollywood documentary.

Hamilton has hooked up with Arnold Schwarzenegger, Jackie Chan and Avatar/Titanic director James Cameron to back The Game Changers, a film about veganism, nutrition and fitness that questions the need for meat in the diet, even for top sportsmen.

On Thursday Hamilton tweeted: “Performance is everything and it all begins with having the right kind of fuel in our bodies. I’m proud to be Exec Producer on The Game Changers. It's a revolutionary new documentary movie, and I can't wait for you guys to see it this September.”

Tennis legend Novak Djokovic and NBA star Chris Paul are also involved in the film, which is directed by Louis Psihoyos, who won an Oscar for The Cove.

Hamilton says the project is the first sign of an increasing involvement in Hollywood.

“I heard that James Cameron actually wanted to get in touch to talk about this project that he was involved in, and I'm a massive fan. So I obviously jumped at the opportunity just to be a part of it, and it's just really cool.

“When you see Arnold Schwarzenegger, who luckily I’ve met through being at the Grands Prix – Australia I think - and I'm a massive fan and I know he's a big part of it.

"I remember watching his training regime, and my old trainer was a fan boy of him, a big muscly guy, and he would always be watching his documentary about he would train.

“So it was interesting I thought to see other people's perspectives. And naturally I've gone along the same journey as some of the people that are in there, who achieving another level of physical fitness and peak. Just look at Djokovic, that little extra bit that's there that people are reluctant to look in to.

“I think it was really cool to be part of. Time wise it's not easy, and there's a lot more that I'm doing in that segment. But that's a long process, so more to come.”

Hamilton played down his involvement in the Netflix documentary Drive to Survive, with Mercedes giving backstage access to the cameras for the first time in Hockenheim.

“I mean it's just one weekend,” he said. “I've not seen the previous Netflix series, the first one. Wasn't my choice to be in the second one either, but we welcome the guys here.

“I've heard lots of positive things about the first one, particularly as I travel round the world, and see different people in different places who now come to Formula 1 and who started watching it through watching Netflix.

"Netflix is obviously so huge, and is probably going to take over TV at some stage, if it hasn’t already.

“They're just here this weekend. I don't have to do much, just continue doing my job and hopefully they'll catch the good sides of me, and edit out the bad!”