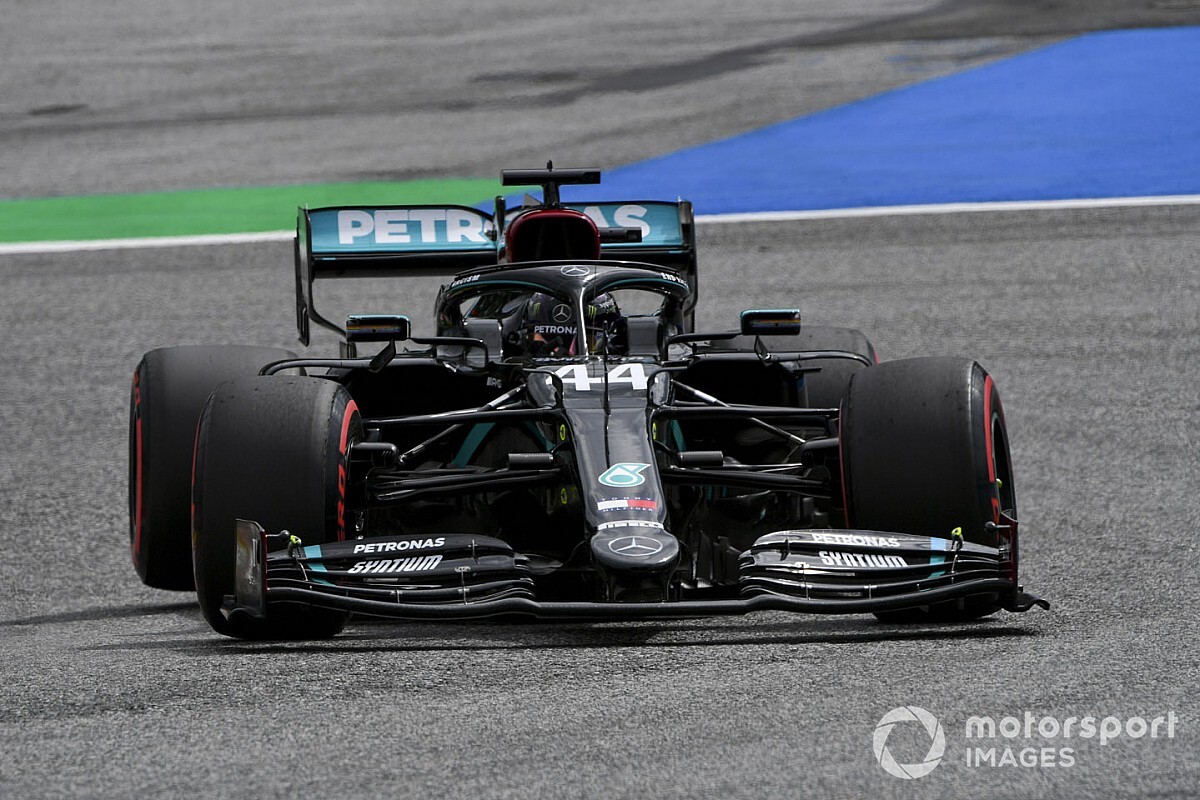 Mercedes Formula 1 drivers Lewis Hamilton and Valtteri Bottas insist they were confident that the team’s DAS would be approved by the FIA because they trusted that their engineers wouldn’t pursue anything that might be deemed illegal.

The DAS was protested by Red Bull Racing after Friday’s practice, on the grounds that it had an aerodynamic influence and that it was a suspension system, rather than steering.

After an investigation, the FIA stewards sided with Mercedes and rejected the protest, having decreed that DAS should indeed be classified as a steering system.

“It wasn’t a concern to me because I’d spoken to James [Allison] and all the team and I trust the team implicitly,” said Hamilton. “And so I knew that I was comfortable with our position and that the great idea was legal, and so there were no problems.

“It’s something you can feel, the adjustments that you are able to make, you do feel it, and I think it’s obviously proven to be fully legal.

"And it’s something that we’re proud of, and we are still trying to get on top of it in terms of understanding it so it’s not been used a massive amount but we will, I think, understand it more and more as we go through it.”

Bottas backed up Hamilton’s views, and also played down its contribution to the team’s current form.

“I didn’t really expect to have anything in the car that would be illegal at the start of the weekend,” said the Finn.

“So I guess the team was prepared to have some issues with other teams thinking it is illegal, but obviously I trust that we don’t have anything illegal in the car, so I had no worries at any point.

“I think there’s still probably more potential depending on tracks and conditions, but yes, we have been using it and it’s becoming quite natural too.

"Obviously it’s not a massive thing in terms of performance, but every small thing helps and when we put lots of small things together it can be big.”

Verstappen acknowledged that it would be hard for his team to replicate the system within this season.

“With such a short calendar it would be hard to implement but let’s see,” said the Dutchman. “I would like to see a lot of things on the car but you just have to be realistic.”

Asked about the failed protest he said: “Well, it’s not up to me really to judge that is it? I leave that up to the team. I’m also not the one protesting, I’m just focussed on putting the laps in.”