Ferrari has enjoyed a straightline performance advantage over Mercedes all throughout 2019, and made the most of this last weekend to dominate qualifying at Spa-Francorchamps - albeit Hamilton then put Charles Leclerc under pressure on race day.

And while Monza was expected to place an even bigger emphasis on top speed, Hamilton was just 0.068s slower than Leclerc at the end of Friday's rain-disrupted track action.

"[It's] not a massive amount different to how it was in the last race," Hamilton said. "Obviously, they [Ferrari] are quite quick in a straight line, we're quite strong, I think, on race pace, but actually perhaps a little bit closer potentially on single-lap pace. So looks like we may have a fight.

"It definitely is surprising - but honestly I just didn't know what to expect this weekend, apart from them being quick on the straight, which they are.

"But there's enough corners in which we're able to gain it back, they're not really that quick through the corners, so it kind of balances out.

"I still think it's going to be a really hard race, but we are on a similar level [with Ferrari], which is quite nice."

Valtteri Bottas ended the day in fourth place overall, three tenths slower than Hamilton, but felt his day had been more positive than his fastest lap let on.

"I didn't have a really good tow on my quickest lap, otherwise [it] felt good," he said. "And pretty positive on the long runs, so with the higher-fuel runs at the end I had a good feeling and good pace."

Bottas likewise echoed Hamilton's impression of how Mercedes' pace stacked up to Ferrari in Monza practice.

"We knew coming here that they [Ferrari] are going to be strong, but it didn't look for sure any worse than Spa for us, so for sure we have a good chance this weekend," he said.

Asked if Mercedes was in with a shot at pole on Saturday, Bottas said: "I think we have an opportunity, yeah. We definitely need a perfect set-up from the package we have, and a perfect tow, that's going to be the key." 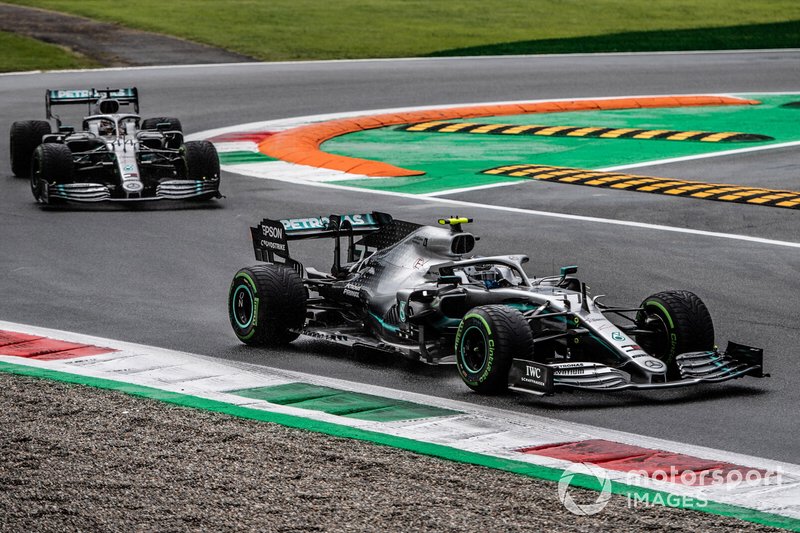 Albon explains why he ran plain helmet in Monza practice

Lewis Hamilton and Bubba Wallace react to the Chauvin verdict

Ogier: Pirelli asphalt WRC tyres will be leveller in Croatia

Waters: Tickford took 'another step' in 2020