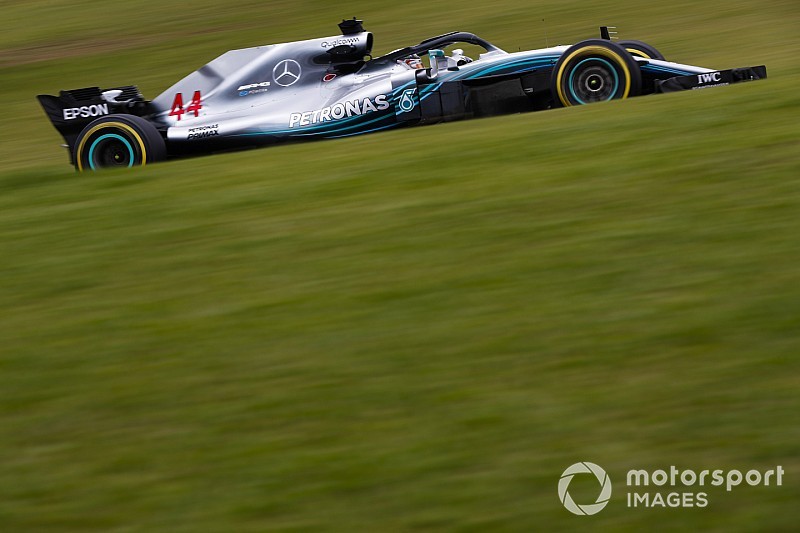 Lewis Hamilton predicts Mercedes will enjoy "a great knock-on effect" for 2019 after clinching its fifth consecutive Formula 1 title double in the face of increased competition from Ferrari.

Mercedes and Ferrari were neck-and-neck for more than half the season but a golden run of form, led by Hamilton, put Mercedes in the clear and allowed it to wrap up the drivers' and constructors' championship for the fifth season in a row.

"We win races, and we've been very fortunate to have a lot of success, but when we win everyone is quite quiet – happy, but quite controlled," said Hamilton.

"This time it was just great see everyone [celebrate]. Everyone was just biting their nails through the year, so it was such an incredible effort from everyone.

"It's never a given, you just have to keep working, keep churning away. That's what we did, kept hopes high and kept our targets very, very high.

"This should, will, have a great end to the year for us but also a great knock-on effect for next year."

Mercedes' five-year domination of both championships means it has matched Ferrari's record of doubles from 2000-2004.

Hamilton said he has not experienced a high like celebrating Mercedes' fifth brace in a row.

"I could see how nervous Toto was," he said.

"He kept on reminding me how important this was for the team and I was saying, 'Toto, I know, I've been with the team for six years now, I know how important this is and you don't have to tell me – I did get pole and I'm doing the job, just sit back and let me do what I do.'

"To be able to do that, to see everyone's excitement, to know we're going to go back to the factory and see all those people who have worked for this – this is the height.

Hamilton fell to the ground with some of his team members when celebrating the title in parc ferme.

He added: "When we did the jumping around and everything and we fell off the barrier, I think it might be the best moment that I've had with this team."

Hamilton went head-to-head with Ferrari's Sebastian Vettel for the 2018 title as each driver pursued their fifth world championship.

They were evenly matched up until the Italian Grand Prix, which sparked a run of errors from Vettel at the same time Hamilton embarked on a four-race race winning streak.

Mercedes trailed Ferrari by 20 points after the first 10 races – but, as you can see by the tables below, blitzed its rival in the second half of the year.