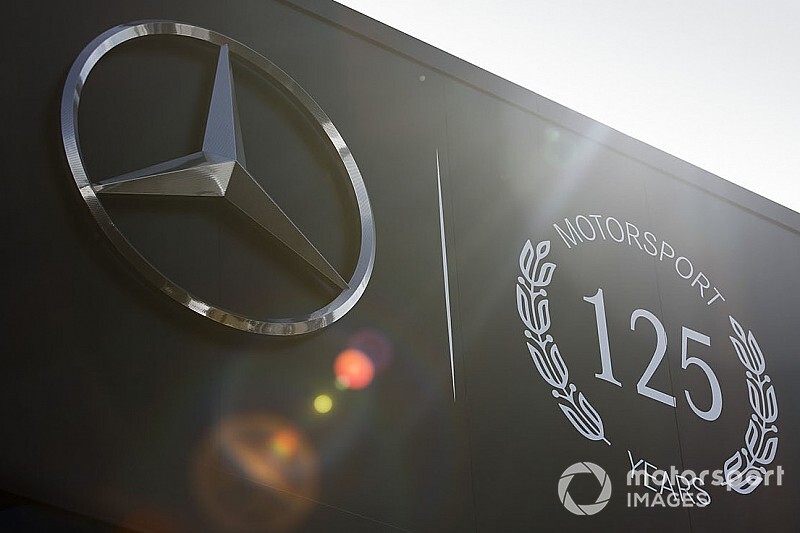 Lewis Hamilton and Mercedes have dismissed the latest rumours surrounding their respective futures in Formula 1.

With the reigning world champion outfit quietly setting its sights on a seventh F1 title double this year, there have been numerous reports since the start of the year suggesting its driver line-up and future may not be secure.

Various stories over recent days have claimed that talks between Hamilton and Mercedes over a new contract had stalled over pay – with the inference being that such an impasse could prompt the Englishman to switch to Ferrari from 2021.

However, posting on Instagram, Hamilton rubbished any talk of a clash over contracts, as he confirmed that discussions had not even started with Mercedes boss Toto Wolff.

"FYI Toto and I have not even spoken about contract yet,” he said. “Nothing is being negotiated currently, papers making up stories."

The speculation about Hamilton comes amid fresh rumours about Mercedes’ own long-term future in the sport, which is not guaranteed until it signs a new Concorde Agreement.

A report in Autocar this week said that Mercedes was poised to discuss a withdrawal from F1 at the next board meeting of parent firm Daimler, which it suggested would take place on February 12.

However, it's understood that no meeting has been scheduled for that date, and the chief executive of Daimler also shot down any suggestion that company was getting ready to withdraw from F1.

Asked by Reuters at a German Auto Industry annual reception in Berlin if Mercedes was preparing to pull out of F1, Daimler CEO Ola Kaellenius said simply: “Not true.”

It has been known for months that Mercedes is evaluating its future in F1, as F1 moves to a new era and a cost cap from 2021. However, with the existing Concorde Agreement expiring after this year, in theory its situation is no different to every other team on the grid.

Team boss Toto Wolff said at the end of last season that all the indications were that the German car manufacturer would commit – but until contracts were signed, nothing was definite.

Speaking exclusively to Motorsport.com at the time about what happens to Mercedes from 2021, Wolff said: "Everything indicates that we will stay. But it's not a given.

"We are in the middle of discussing the new Concorde Agreement. In connection with this - and independently of it - we are discussing the development of the automobile and its effects on sport."

The Autocar report suggested that one option for Mercedes could be to sell its works team to Aston Martin but remain in F1 as a customer engine supplier. It already has long-term deals in place to supply McLaren, Racing Point and Williams.

However such a scenario has already been dismissed by Wolff, who said it would make no sense for Mercedes to remain involved in F1 if it did not have a works team.

“We have four teams that we supply, including ourselves," he said. "You can be only pregnant or not pregnant, not half-pregnant. So either we participate in the platform or we do not."

Pushed on the issue of staying as an engine supplier if its work team quit, Wolff said: "I don't think anyone would decide that [to leave F1]. But if that were to happen, it [stopping customer supplies] would be a consequence."

FIA ready to take "any action" as coronavirus fears grow