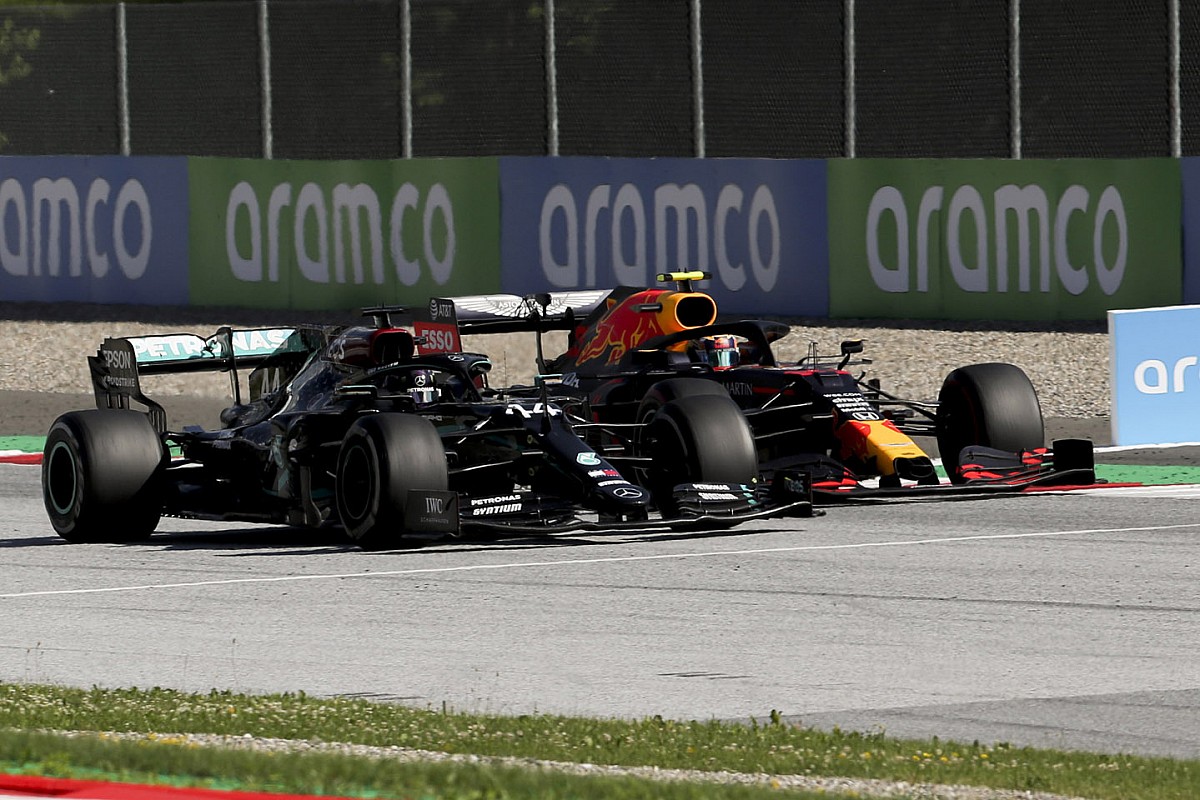 Mercedes boss Toto Wolff thinks the five-second penalty that cost Lewis Hamilton a podium spot in the Austrian Grand Prix was "too harsh".

Hamilton was battling Albon after the final safety car period of the race when they clashed at Turn 4, as the Red Bull tried to go around the outside.

The stewards investigated the incident and decided that Hamilton was at fault and should have given his Thai rival more room.

Speaking about the incident, Wolff felt that Hamilton could not have done anything differently, as he was already on full lock with his steering.

"The stewards are always in a difficult position to take the right decisions," said Wolff afterwards. "I think today was a bad day for Lewis and a bad day for the team.

"Obviously the three grid position penalty that he got in the morning, with Red Bull digging out a different camera angle, you have to take it on the chin, and it is what it is.

"Then in the race, I would definitely say, from my perspective, the five seconds were too harsh. We looked at the video now a couple of times.

"Lewis was having full lock in the corner. Albon had about 40% of the road left to make the corner and it was different to lap one, where Lewis had to back out of Albon pushing Lewis.

"So in my opinion, not justified. But I recognise the complexity of the job, of coming up with the right decisions. Some go for you, some go against you."

Albon reckoned that the clash with Hamilton cost him a shot at his maiden F1 race win, and it is the second time that he has seen a potential podium finish snatched away from him after a late incident with the world champion.

In Brazil last year, Hamilton was also handed a five-second penalty for punting Albon into a spin.