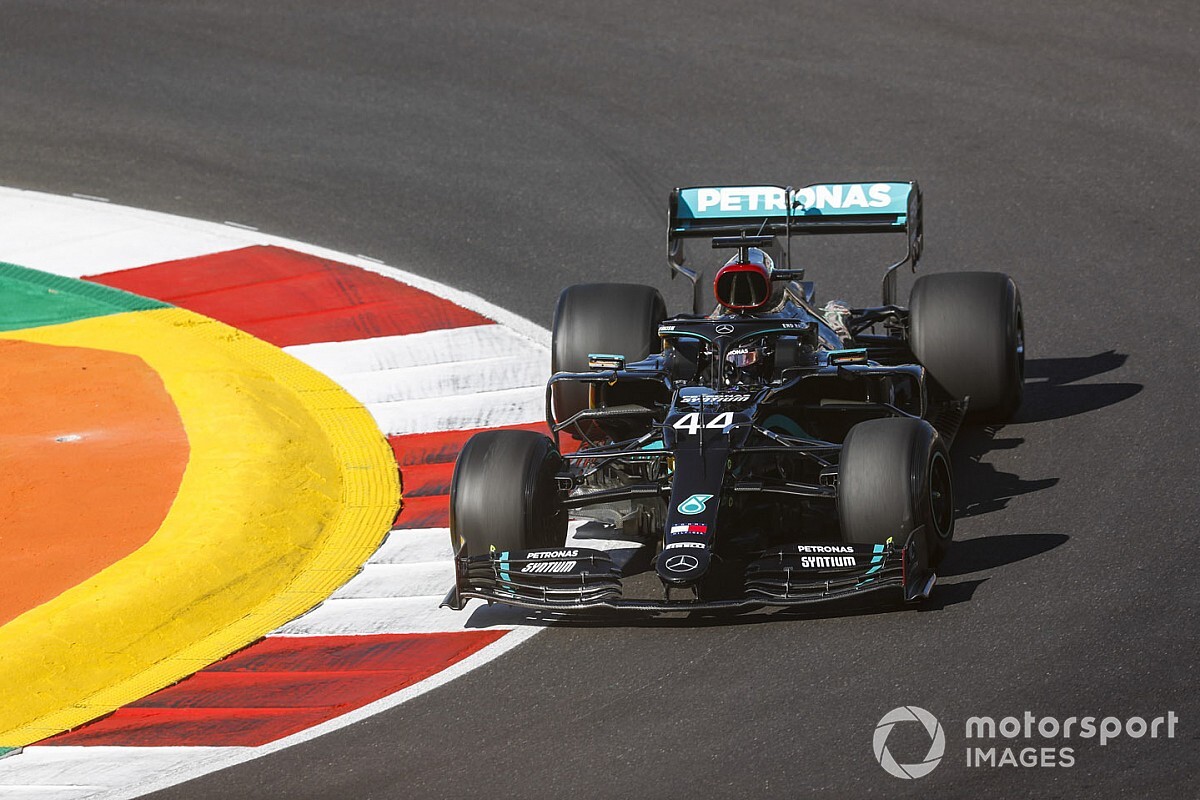 Hamilton finished second in FP1 before dropping to seventh in the afternoon after a messy session that was twice interrupted by red flags.

The six-time world champion said the Portimao track was "massively challenging" due to the undulations and the lack of grip.

"Through a lot of the places, you just can't see where you're going," Hamilton said. "Exit of Turn 8, you're looking at the sky for a period of time, and you have no idea what's beyond the hill. Also into 11, you turn in, and you don't know where you are until it all of a sudden arrives at you out of nowhere.

"Very challenging, and the surface is very smooth, and you see a lot of people making mistakes and sliding and spinning. It's not been an easy day.

"They were quite slow on the recoveries today, so we ended up sitting in the garage for much, much longer and didn't get a great run in the second session. But today's been difficult."

Hamilton conceded that it had been difficult to get the Mercedes W11 car dialled in through Friday's running, and revealed that a set-up change in FP2 had backfired.

"I think FP1 was probably the better session for me, even though the car didn't feel that great," Hamilton said.

"Then we made some changes into this one and it felt pretty terrible in P2.

"So I need to take a few steps back and figure out where I went wrong with the set-up, and see if we can improve for tomorrow."

Asked if he would look over Bottas' data to find areas he can improve, Hamilton said Mercedes would pool together all of the information gained from both cars before making changes ahead of final practice.

"We generally do our separate thing, but the team tonight will have the wind, they'll have the track surface, grip level, wing level, all these things," Hamilton said.

"They'll do a huge analysis, and they'll definitely look at both cars. In the morning, I'll be told what has been better for either of us, and usually we end up coming to a similar path at the end."

What time and channel is the NASCAR Cup race at Texas today?