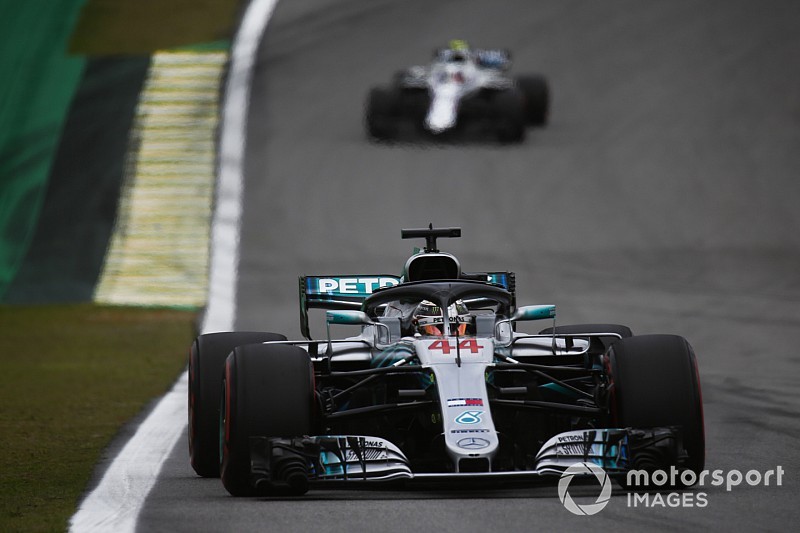 Lewis Hamilton has admitted he was wrong to label Sergey Sirotkin "disrespectful" over their near miss in qualifying for the Brazilian Grand Prix.

The Mercedes driver and his Williams rival nearly collided in the early stages of Q2, with Hamilton running slowly on track to prepare for a qualifying lap while Sirotkin was pushing hard to warm up his tyres.

After the incident, Hamilton hit out at Sirotkin for not showing respect in the way that he overtook him on an out lap.

"Respectfully, between all the drivers, we all do respect [the gaps] – I could have tried to overtake Valtteri, or Valtteri whoever was in front of him. We all know [to] keep our space by that point," said Hamilton.

"It was generally quite a disrespectful move. It was dangerous between us both."

But with Sirotkin having explained his side of events, and calming explaining why he felt that the world champion had done nothing wrong, Hamilton changed his opinion on Sunday morning.

Posting on Instagram, Hamilton wrote: "Morning world. I woke this morning feeling I should correct some of the words I used yesterday.

"I was wrong, it wasn't a disrespectful move by Sergey, it was a misunderstanding and I honestly attempted to get out of his way.

"Didn't work that well but shit happens and I respect the way he handled it."