Lewis Hamilton was "surprised" he prevented what could have been a much more serious incident with a "cool" drifting moment in second practice for the French Grand Prix. 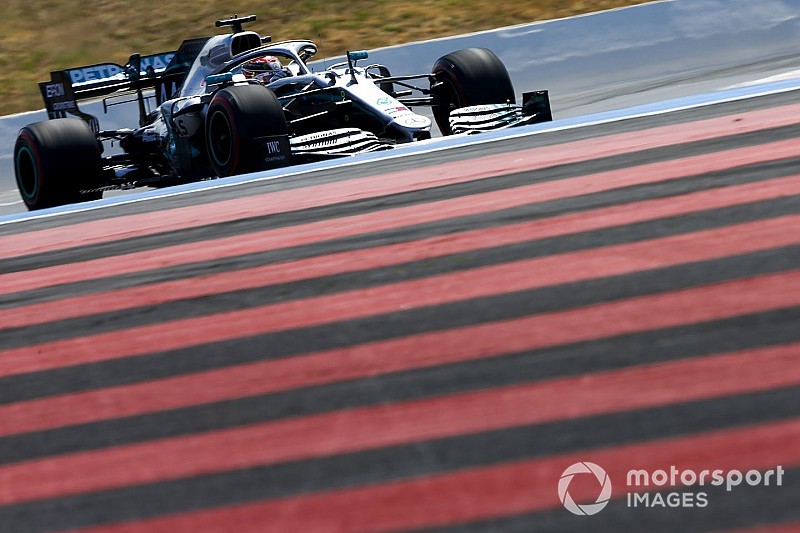 Hamilton slid wide at Turn 4 and went sideways over the kerbs, taking out a plastic bollard before he managed to regain control of the car and slide into the run-off area.

He then rejoined the track in front of Max Verstappen, causing the Red Bull driver to run wide at Turn 5.

He was subsequently summoned by the stewards. However, they accepted that Hamilton could not see the Red Bull approaching, and no action was taken.

"It was kind of cool. So I'm definitely happy with the save, and it didn't really damage the tyres either."

Regarding the incident with Verstappen that followed, he said: "Then obviously I went off, and I just tried to trundle back on to the track, away from the racing line, but naturally eventually you then get to the racing line.

"I was looking in my mirror, but being along the white line, behind you, there's nothing there, because Max was quite far on the race line the other side.

"So I was just trying to go slow to stay out of the way, I see him all of a sudden come round and luckily I wasn't close enough to him, I didn't stop him going into the corner, and then I think he had a big snap on the exit.

"But yeah, we were in there. It's practice, sometimes these things happen, it wasn't intentional or anything like that."

Vettel: Ferrari updates "not so good" in practice

Mercedes admits it has "some issues" with 2021 F1 engine