Lewis Hamilton is just one incident away from a Formula 1 race ban after picking up two more penalty points on Sunday in Russia. 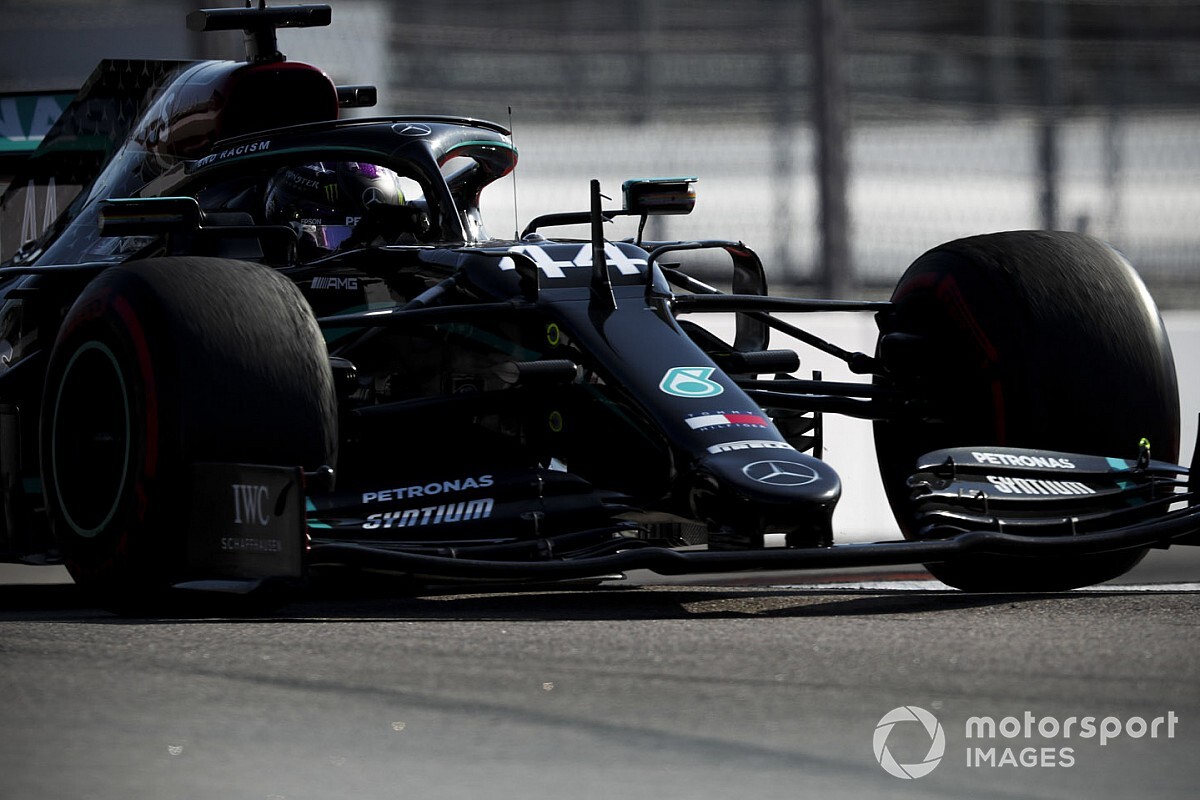 Hamilton was handed two five-second time penalties during the Russian Grand Prix after he was found to have breached the FIA's pre-race instructions regarding practice starts.

Hamilton completed two illegal practice starts, including one at the very end of the pitlane exit road, that went against Michael Masi's instructions issued earlier this week.

He had been informed by Mercedes engineer Pete Bonnington that he could complete a second practice start at the end of the pit exit road.

It left Hamilton with two five-second penalties, one per violation, with two separate sanctions being issued by the FIA stewards during the race.

Hamilton served his 10-second time penalty at his pit stop during the race in Russia, but was left fuming by the ruling, calling it "ridiculous" and "bulls**t".

In the penalty bulletin, the stewards confirmed that Hamilton had been given one penalty on his FIA super licence for each incident.

This takes Hamilton to 10 points for a 12-month period, leaving him just two penalty points shy of a one-race ban.

Hamilton is not due to drop any penalty points until after the Turkish Grand Prix, which will mark 12 months since he picked up two for his late collision with Alexander Albon at in Brazil.

Hamilton received four penalty points over the Austrian Grand Prix weekend earlier this year - two for ignoring yellow flags in qualifying, and two for another late-race incident with Albon - and two more for entering the pit lane while it was closed at the Italian Grand Prix.

The FIA introduced the new guidelines for the 2014 season, but no driver has hit 12 points and received a ban in F1.

The last ban awarded in F1 came in 2012 when Romain Grosjean was forced to sit out the Italian Grand Prix after causing a start-line crash at Spa.

The penalty points system is also used in F2, where MP Motorsport driver Mahaveer Raghunathan was banned for one round last year after he hit the limit of 12.