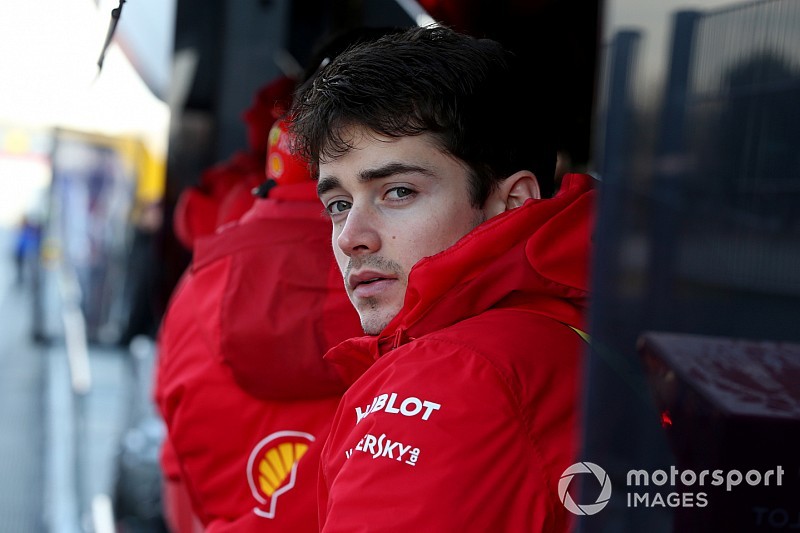 Formula 1 world champion Lewis Hamilton says it would be "unfair" to put the expectation of a title challenge on Charles Leclerc in his first season at Ferrari.

Leclerc has been promoted to Ferrari, where he will partner Sebastian Vettel, after just one year in F1 with the Sauber team.

He has been widely tipped to challenge Vettel more regularly in his first season than his predecessor Kimi Raikkonen did, although Ferrari is likely to prioritise Vettel while Leclerc gets up to speed.

Asked if Leclerc can be as strong as Vettel or a championship contender, five-time world champion Hamilton said: "It would be unfair to put that kind of expectation on his shoulders.

"[But] you're talking about a veteran out there who is a four-time world champion.

"There's no substitute for experience. So, it will be interesting to see how those two parallels work together.

"Sebastian is a multiple world champion and Charles has lots of experiences to go through. The great thing with a youngster is you're energised beyond belief and determined."

Hamilton entered F1 in 2007 at McLaren alongside the team's new signing Fernando Alonso, and the battle between the rookie and the double world champion caused major problems, leading to Alonso's departure after just one season.

Vettel's Ferrari deal runs until 2020 and he has played down the prospect of an early exit, which 2009 world champion Jenson Button suggested may happen if Leclerc causes him problems this season.

Leclerc was described as a "full rival" by Vettel earlier this week, but the German said that does not mean he would cause "problems".

"He's in the seat for a reason so I've got to take it very serious," said Vettel.

"You always have a close rivalry with your teammate, but priority number one is to bring the team forward.

"I've been around for a bit longer compared to him, so it's different things that maybe he will have on his plate in the beginning, but he's a nice kid.

"I hope that, in a positive way, you leave him alone and let him do his job. I'm very certain he will be quick enough and put me under pressure."

Renault has sympathy for Williams after "tough winter"