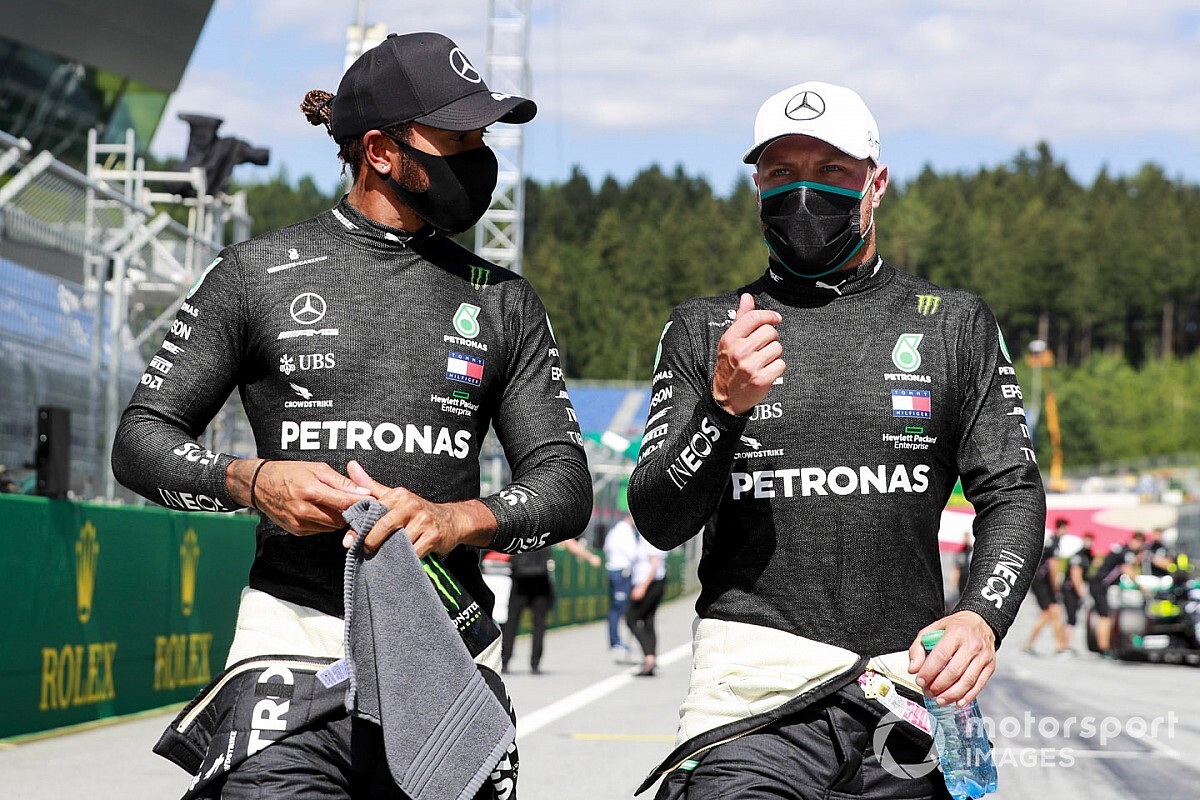 Lewis Hamilton has avoided a grid penalty for Sunday's Austrian Grand Prix after a stewards' hearing over two incidents in the final stage of qualifying.

Reigning Formula 1 world champion Hamilton qualified second on the grid for the 2020 season-opener, narrowly losing out to Mercedes teammate Valtteri Bottas in the fight for pole position.

But the stewards announced two hours after the end of qualifying that Hamilton was under investigation for failing to slow for yellow flags, and for exceeding track limits in an earlier Q3 lap.

Yellow flags were shown following a spin for Bottas ahead of Hamilton on-track, with the Briton going on to improve his time by one tenth of a second.

The stewards announced after meeting with Hamilton that there would be no further action taken over the yellow flag infringement after finding there had been a mix up with the marshal panel lights.

"The driver mentioned that he passed a green light panel in Turn 5," the stewards' report reads.

"The video footage confirmed that there have been yellow flags and green light panels at the same time and therefore conflicting signals were shown to the driver.

"Taking this into account, the Stewards decide to take no further action."

Hamilton said in the post-qualifying press conference that he did not see the yellow flags shown for Bottas' spin.

"I came round the corner, I got on the power and I thought that Valtteri perhaps had just gone wide and come back on the track further up the road," Hamilton said.

"I was looking out for the gravel on the track and for a car on the track, but there was nothing there so I continued.

"Then I saw as I was going into, I think it was to Turn 6 that Valtteri was much further to the left.

The stewards found Hamilton guilty of exceeding track limits with his earlier Q3 lap, meaning the time was deleted, but as this was slower than his best time it has no bearing on his starting position.

Hamilton will therefore keep second place on the grid alongside Bottas, with Max Verstappen and Lando Norris starting from third and fourth behind.