Hamilton and Vettel fear Verstappen the most - Horner 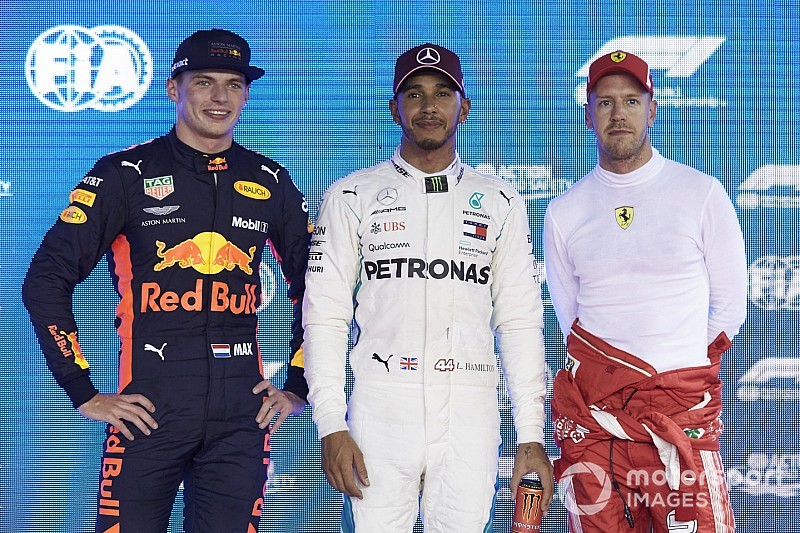 Verstappen won two races and finished fourth in the championship in 2018, and has been tipped by Hamilton and Vettel to mount a title challenge if he has the right package.

Horner, whose team switches from Renault to Honda engines for 2019 in pursuit of a championship challenge, said Verstappen would not be daunted by fighting much more experienced, successful drivers.

"I don't think he fears anything," said Horner. "We've seen both of those guys make mistakes throughout their careers. Sebastian had a bit of a messy year last year.

"If you look at his [Verstappen's] performance from the second half of the year, he's the second-highest points scorer to Lewis.

"I don't think he lacks anything that they have if we can provide him with the tools to do the job. He's probably the driver that they fear the most."

Verstappen's impressive 2018 form came after a torrid start to the year littered with mistakes and collisions.

That included clashing with Hamilton in Bahrain and running off the road fighting him in China.

"Lewis is at a different stage of his career, he's got all that experience behind him," said Horner when asked about the dynamic between the two.

"At some point in the near future it's only natural that the brightness of his star will start to fade.

"He will need to rely on experience and whether you can have that natural speed for that sustained period of time. "

"It's just human nature that there's always an evolution. In 10 years' time it'll be Max looking over his shoulder."

Verstappen also hit Vettel during the Chinese race, but his problematic early-season spell did not end there.

In Azerbaijan, Verstappen was taken out by teammate Daniel Ricciardo after an intense fight boiled over and he missed qualifying in Monaco, where Ricciardo won from pole, after shunting in final practice.

Horner expects Verstappen to lead Red Bull's development in 2019 following Ricciardo's move to Renault and the promotion of the less-experienced Pierre Gasly to replace him.

Asked if it was important to get Verstappen to improve without losing his edge, Horner said: "Absolutely, that's what defines him and makes him the exciting driver that he is.

"You just know with him that he just wants to race as hard as possible, every lap. He's not a big fan of testing he'd far rather go racing.

"Looking back at [previous] races, when Kimi passed him at Silverstone he just doesn't give up, he repassed him around the outside at Luffield.

"He's got that absolute determination and zero fear. We saw it in the rain in Brazil [in 2017]. His ability to go to the next level is right there with the very best."