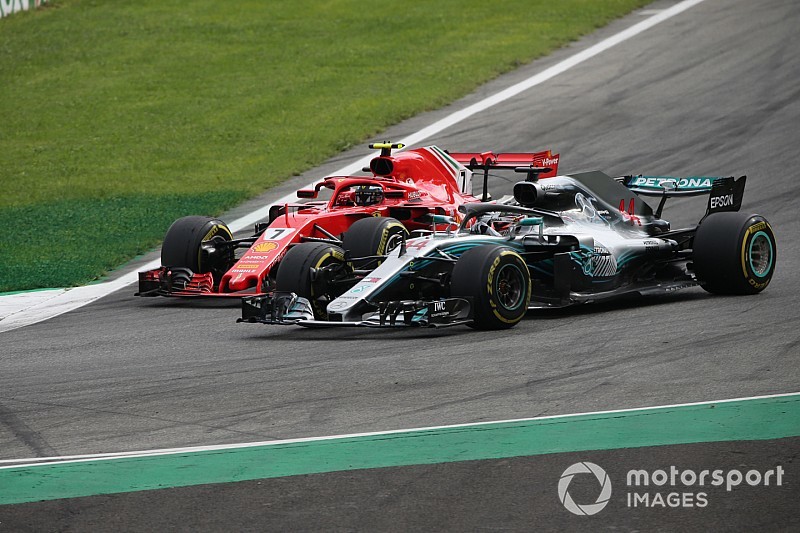 Welcome to the morning after a cracking Italian Grand Prix, where Lewis Hamilton took a big step towards a fifth Formula 1 world title with victory when Sebastian Vettel spun after getting into him on the opening lap. Plenty to talk about, so let’s go! 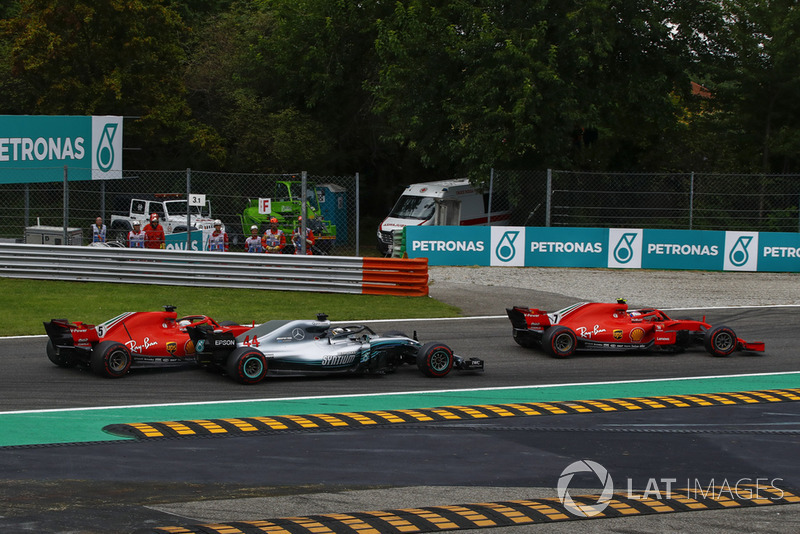 It didn’t take long for the world title contenders to make contact, and just three corners into the race Vettel hit Hamilton’s sidepod and the Roggia chicane and spun around, as the Mercedes man escaped without damage.

Obviously they saw things differently, with Vettel claiming Hamilton left him no room, while the latter was adamant he left enough space for the two cars to run side by side without contact. 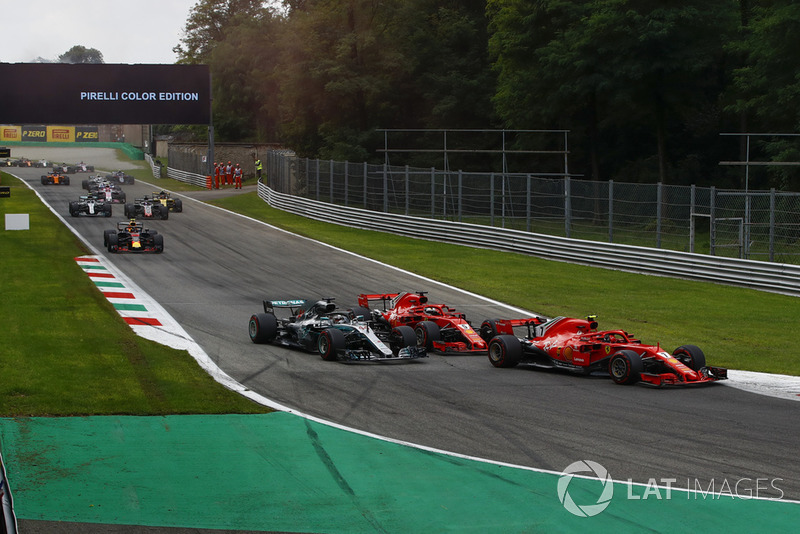 Vettel recovered with a two-stop strategy to take fourth, inheriting a position due to Max Verstappen’s 5s penalty for hitting Valtteri Bottas (more of which anon).

But with Hamilton going on to win the race, Vettel drops 30 points behind with seven races remaining. 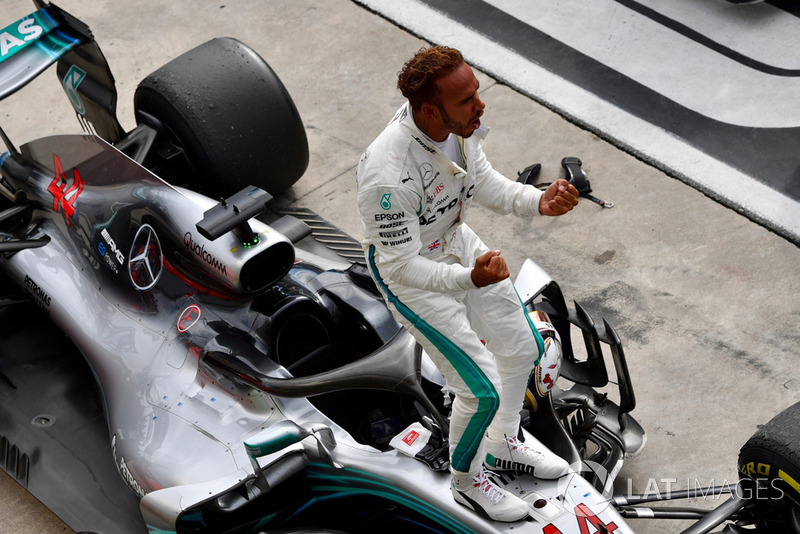 Hamilton scored his sixth victory of the season, the 68th of his career, and said after the race that he fed off the “negativity that surrounded us” at Ferrari’s home race.

“I definitely didn’t expect it,” Hamilton said of his win. “I started third on the grid, looking at pace of [the] last race and pace here, I didn’t know where we would be here.

“I was to stay within 1.5 [seconds], I thought 'this will be a serious uphill battle', and throughout the weekend there was so much pressure on us all to deliver, a lot of pressure from team, sponsors and myself.

“I never expected to win but I prayed. I went in with a clear goal, but you never know – sometimes they pull away like the last race [at Spa].”

Hamilton said he was wary of taking too much risk in passing long-time leader Kimi Raikkonen, as his title battle against Vettel was the priority.

“[Kimi] drove incredibly fairly and I respect him so much,” he added. “I really enjoyed racing with him.

“But, yeah, getting past Seb at the beginning was clearly a massive turning point.” 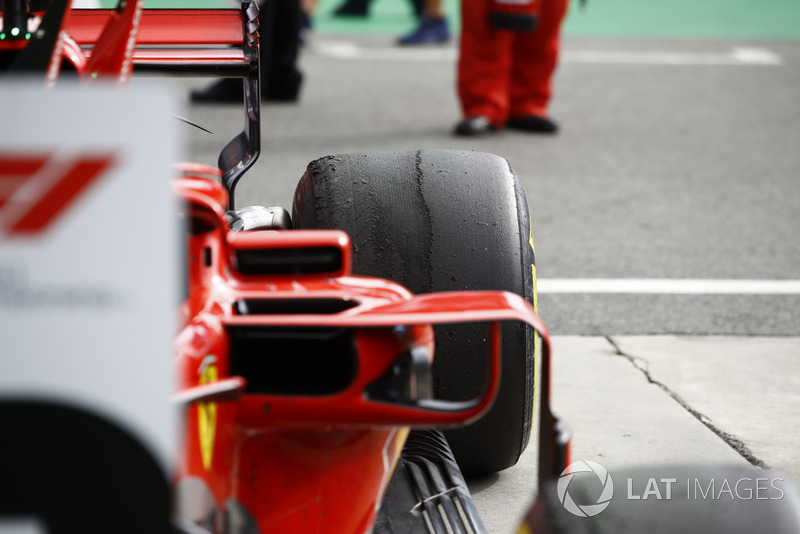 Raikkonen led for 28 laps compared to Hamilton’s 18, but stopping earlier than the Mercedes driver proved to be his downfall. Forced to push on his new soft tyres from the start of the second stint, Raikkonen was also hampered by Bottas – who sacrificed his own strategy to run long.

After the race, Raikkonen believed he had the speed to win, but circumstances worked against him. The Finn admitted the laps spent behind Bottas contributed to his tyres going off at the end of the race.

“[It] didn’t help to be behind the other cars for some laps, and it wasn't really like you can save an awful lot of tyres, you are not in a position to start saving and taking it easy – well you can, but you let him [Hamilton] past,” he said.

“There was no moment we just could take it easy and relax, it wasn't really a case of 'let’s just go around and save the tyres for the last moment', we had to go, and unfortunately it didn’t pay off today.” 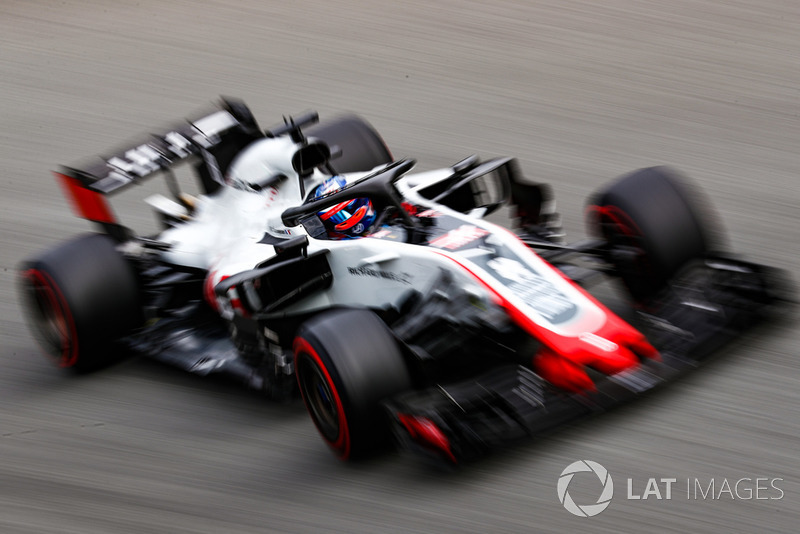 There was a sting in the tail of the Italian GP for the Haas F1 Team as Romain Grosjean was disqualified from a hard-earned sixth position due to stewards ruling that the floor of his car was illegal – specifically the front of the t-tray section.

At stake is fourth place in the constructors’ championship – and it was no surprise that the team who protested the Haas floor, Renault, was the one that it had just overtaken in the points! 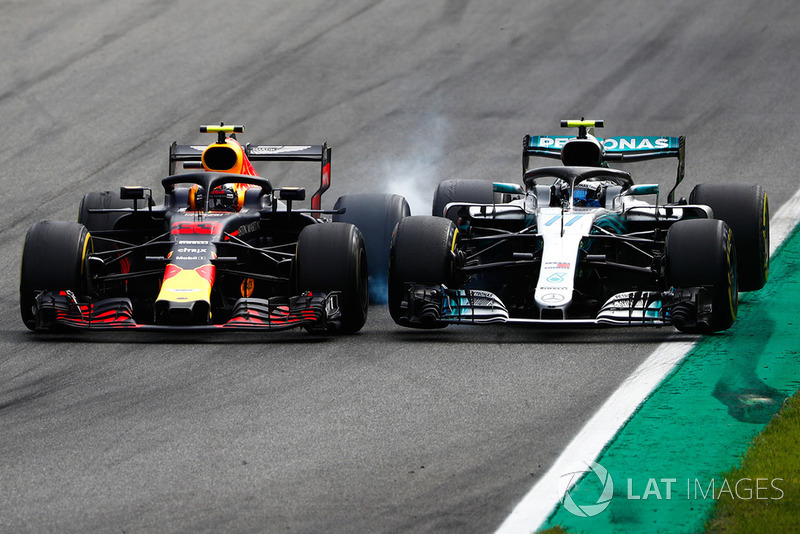 Red Bull’s Max Verstappen claims driver stewards got their call wrong over his clash with Bottas at Monza’s Turn 1. Verstappen was penalised 5s for the clash, which ended up costing him two places.

"I gave him [Bottas] plenty of space and if he then drives against my wheel, I can't do anything about that. But in the end I got a penalty for it," said Verstappen to Ziggo Sport.

"When he first tried to overtake me I went a bit wide, maybe that's why they gave it [the penalty] to me. But even then I think it's not fair because they gave it straight away.

"You are allowed to go back to the left under braking, as long as you leave enough room for one car. And that's what I did.”

Stewards gave him the penalty as they felt he didn’t leave Bottas enough room, and the Mercedes driver had to straightline the chicane after bouncing off the Red Bull’s left-rear wheel.

Bottas believed that Verstappen deserved his penalty: “I think there is a very clear rule that once you defend you choose your line and if another car is there you need to leave a car's width and obviously he didn't, I was there, so we touched and he got a penalty for that.”

Vettel making too many mistakes to beat Hamilton, says Rosberg