Hamilton hopes Whitmarsh has forgiven him for McLaren exit 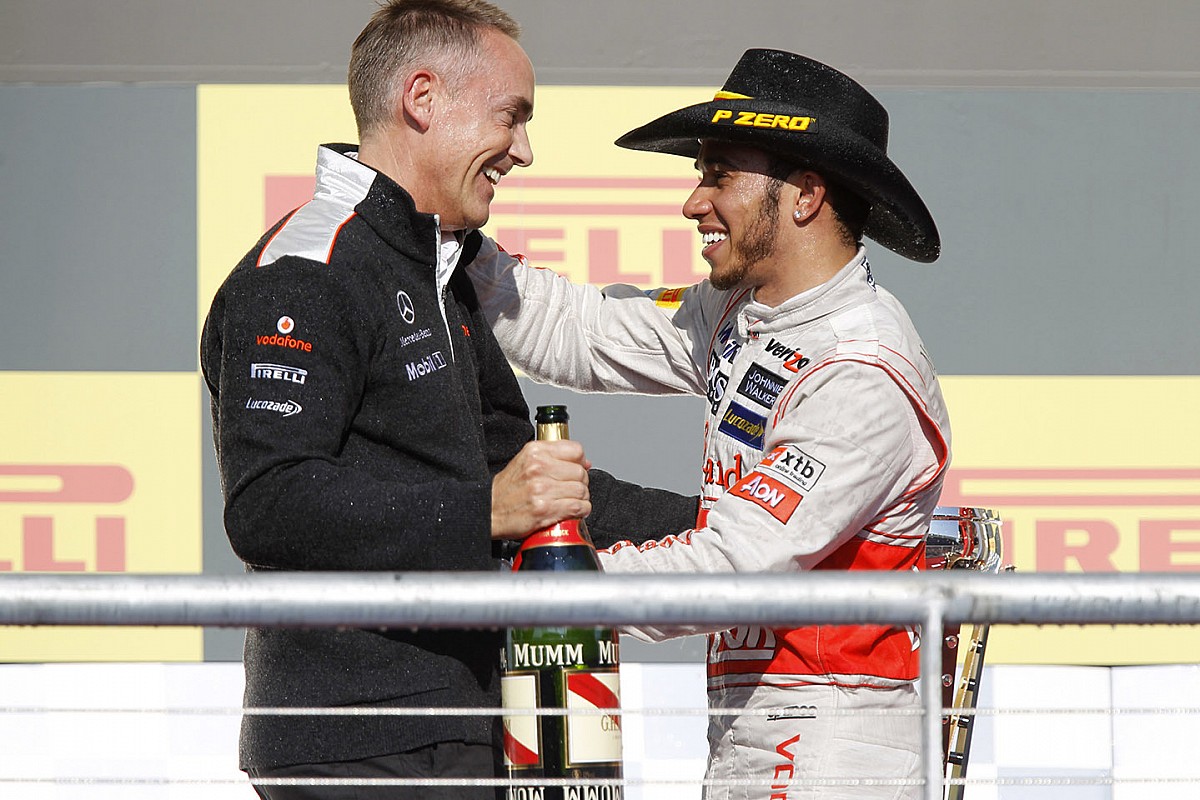 Lewis Hamilton says he hopes ex-McLaren Formula 1 boss Martin Whitmarsh has forgiven him by now for leaving the team to join Mercedes at the end of 2012.

After rising through junior motorsport as part of McLaren’s young driver programme and making his F1 debut for the team in 2007, Hamilton won his maiden world championship in 2008.

Hamilton opted to leave McLaren at the end of 2012 to join a Mercedes team that had up to then won just a single race since returning to F1 with a works team in 2010.

But the decision proved to be the right one, with Hamilton on-course to win his sixth world title for Mercedes and seventh overall this year.

He has taken 70 race wins for Mercedes, the latest drawing him level with Michael Schumacher’s all-time recede of 91 victories. By comparison, McLaren has failed to win a single grand prix since Hamilton’s exit, scoring five podium finishes in last eight season.

Hamilton’s call to leave McLaren was questioned widely at the time, and he acknowledged last weekend ahead of the Eifel Grand Prix that it was “one of the hardest decisions” to make.

“Without their support, along with Mercedes, I wouldn’t have made it to Formula 1, being that it is so expensive so there was no way, as family, that we had the sorts of money that some other families are able to throw at this sport,” Hamilton said.

“So my loyalty was to them, but at the time, I had to think about what the future would hold and what I wanted to be a part of.

“That was an exciting challenge and I didn’t know how long it was going to be until we got to winning ways. But I truly, truly believed that we would get there at some stage.”

Hamilton said informing then-McLaren team principal Whitmarsh that he would be leaving the team in the autumn of 2012 was a particularly difficult conversation to have.

"Calling my boss, calling Martin in particular, was one of the hardest calls that I’ve ever had to make,” Hamiltons said.

“I hope that he has forgiven me by now! I think so, because he understands, but ultimately I think it was the right decision.

“I knew it was the right decision for me personally and I think that is how life is generally: nobody can tell you what to do, only you will know personally what is right or wrong for yourself.

“You can’t have anyone else influence that decision. As long as you do your homework, you have got to do what is right for you, and at the time, that is what I did.”