Have the Pirelli failures suffered by Max Verstappen and Lance Stroll in Baku shaken the faith of Formula 1 drivers in Pirelli?

Tyre failures or punctures have been part of the scene since the dawn of motor racing. Sadly, over the decades many drivers have lost their lives as a result of tyre issues, or presumed tyre issues.

It used to be that suspension or wing breakages were just as much of a concern, but they are rare at F1 level in the modern era, such is the technical competence of the teams.

When they get into their cockpits drivers have total faith that the car has been put together properly.

Tyres are the one part of the car over which teams do not have complete control; complete because Pirelli has made it clear that the current controversy involves how teams operate their tyres, and thus they do have an input into how they behave.

The technical directive issued by the FIA this week was designed to close any loopholes and ensure that tyres are always operated to the parameters that are prescribed by Pirelli.

That initiative has been welcomed by the drivers, who can only see safety benefits. They have to trust that Pirelli an the FIA are watching their backs.

The two failures in Azerbaijan gave all of them plenty of food for thought – the consensus is that their two colleagues, and indeed F1, had a lucky escape that afternoon.

"When I saw the replays after the race I was just relieved," says Daniel Ricciardo. "And feeling that while they were unlucky to have the incidents, and I'm not saying they were small crashes, it seems they turned the right way.

"I think if Max had turned left, it was going to be a much bigger shunt. So I was obviously relieved that they got the lucky side of the unluckiness." 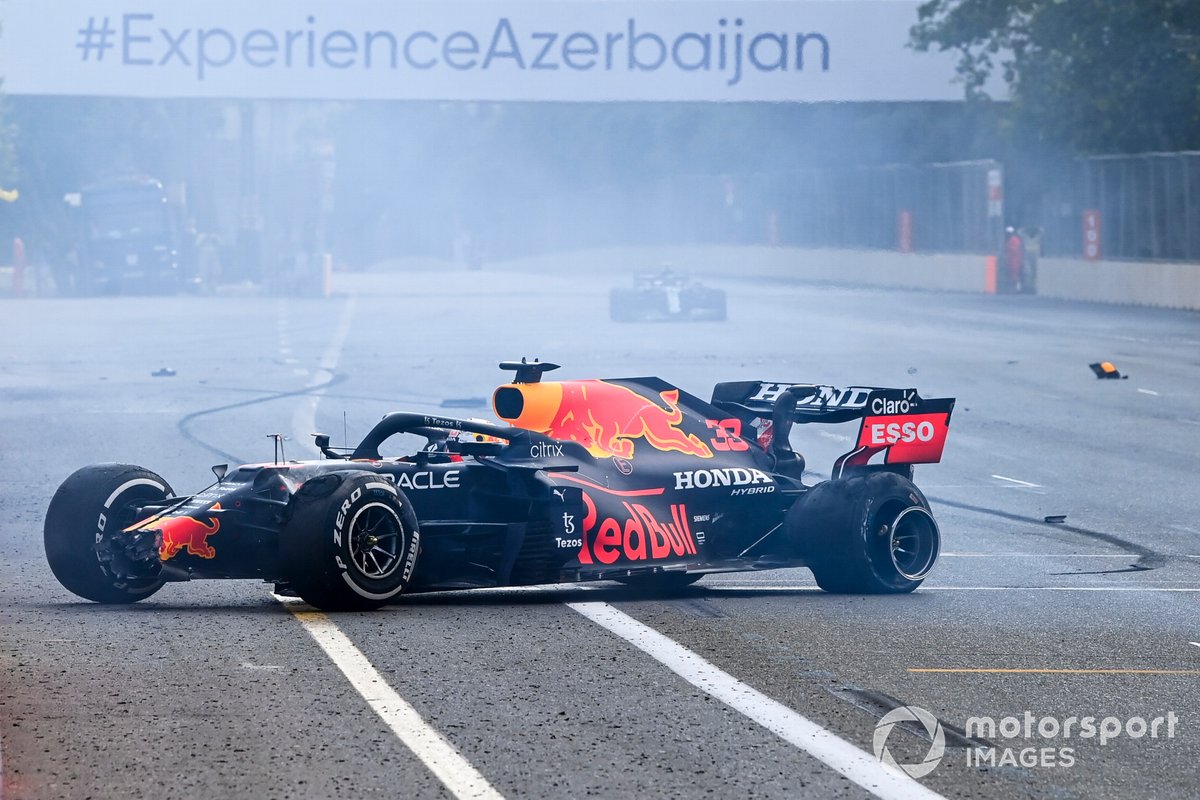 "Obviously it's concerning, because I don't want any of my F1 colleagues to be injured or unsafe," says Pierre Gasly.

"And also myself. All of us F1 drivers, we go at very high speeds. We take risk. And it's important that we feel safe. Lance and Max's incidents happened at really high speeds, the outcome was kind of lucky, because it could have been way worse.

"I think that there must be a lot of investigation and changes to be done to make sure that we are safe, and we can race at this sort of speed without wondering if we are going to lose one of our colleagues or not."

"It's arguably life or death," agrees GPDA director George Russell. "With Max's incident, if he blew out and went to the left and hit that pit wall at 330km/h, I'm pretty confident that he wouldn't be racing here this weekend."

Drivers always like to be in control, and it's that feeling of helplessness when a tyre lets go that they are so wary of.

"I think naturally, as a driver, you want to feel safe and secure while pushing the boundaries to the absolute limit," says Russell. "And we all know the risks.

"I think it is really important that we all get on top of this. And this new technical directive, if they're confident that's going to improve the safety, and they believe that some teams were pushing the boundaries and beyond, I guess that can only be beneficial."

Russell accepts that Pirelli has a difficult task.

"It is never easy because we don't want rubbish tyres where we are 120% sure nothing will happen. Obviously we've got to have something that brings good performance, that makes it enjoyable to drive, good to race, makes it exciting.

"Because if we just have rubbish tyres that offer no grip or performance, then it's not exciting for anybody. But obviously, it needs to be done in a safe manner. So whether a tyre 1psi up or down should really make a difference begs another question.

"We all know that Pirelli operate in a very fine window, but I just hope that that fine window doesn't include the safety aspects. But at the end of the day, they're the professionals, if they believe that a technical directive is going to improve it, then we're all for it."

That ongoing focus on the importance marginal changes in pressure minimums has caught the attention of other drivers. Should such small differences be so critical to safety?

"On my side, I think there's two different issues that we need to face," says Carlos Sainz. "In my personal opinion, as a driver, I would say first of all a tyre shouldn't fail depending on 1-2psi up or down on a certain pressure that Pirelli gives us. That first point is clear.

"Second, if there are doubts whether the tyre could fail below a certain tyre pressure, then the teams should never put their drivers at risk of blowing up a tyre just for performance reasons.

"I think the directive notes are going to just help everyone to centre a bit back to Pirelli prescriptions, and that's that's my opinion as a driver. That's the way I feel about it. And the way I think F1 should progress." 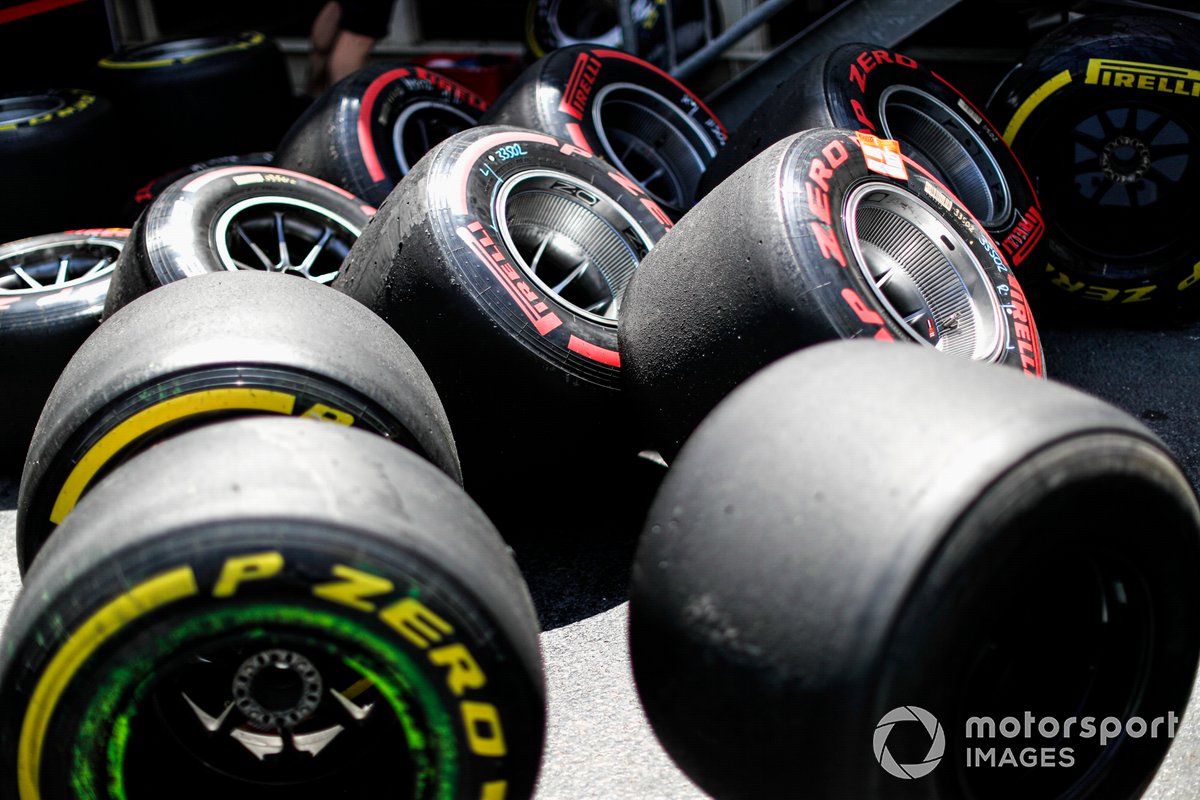 "We obviously put a lot of faith and trust in Pirelli, to make it safe," says Ricciardo. "That's really the first thing we can ask for. Obviously we will always push them on development. Last year as well, obviously, we had [tyre failures at] Silverstone, and I think Max had one in Imola.

"And so it has happened over the years. I think we've just got to try and keep giving feedback and obviously push them as well, so that they do give us answers, and just keep the dialogue open. So we know where they're at, as well.

"Obviously, we we as teams need to probably take them more seriously, the guidelines. But it's tough, because if you're talking like a little bit of a psi, and that can be the result, then it's maybe still not comforting!

Pirelli has made it clear that some teams have been operating tyres outside the prescribed parameters.

That's certainly caught the attention of drivers up and down the paddock, because of the inevitable conclusion that a team might put one of their colleagues at risk, and the potential impact on their own competitiveness.

"Pirelli set minimum pressures and things like that for a reason," says Lando Norris. "And a bit of that reason is safety. So if people abuse it, they put themselves at risk, they put their drivers at risk, and so on.

"And from our side, we stick to the rules. Maybe it's more punishing in terms of performance and we lose a bit. But it's the rules, and if you avoid the rules, then you're cheating at the end of the day.

Norris acknowledges that it's inevitable that teams will always push the boundaries in all areas. It's a matter of how much they push.

"Of course, there's finding the limits, and then there's bending or breaking the rules. I don't think that I can comment because I don't know what's really going on, and what the actual outcome is of everything. 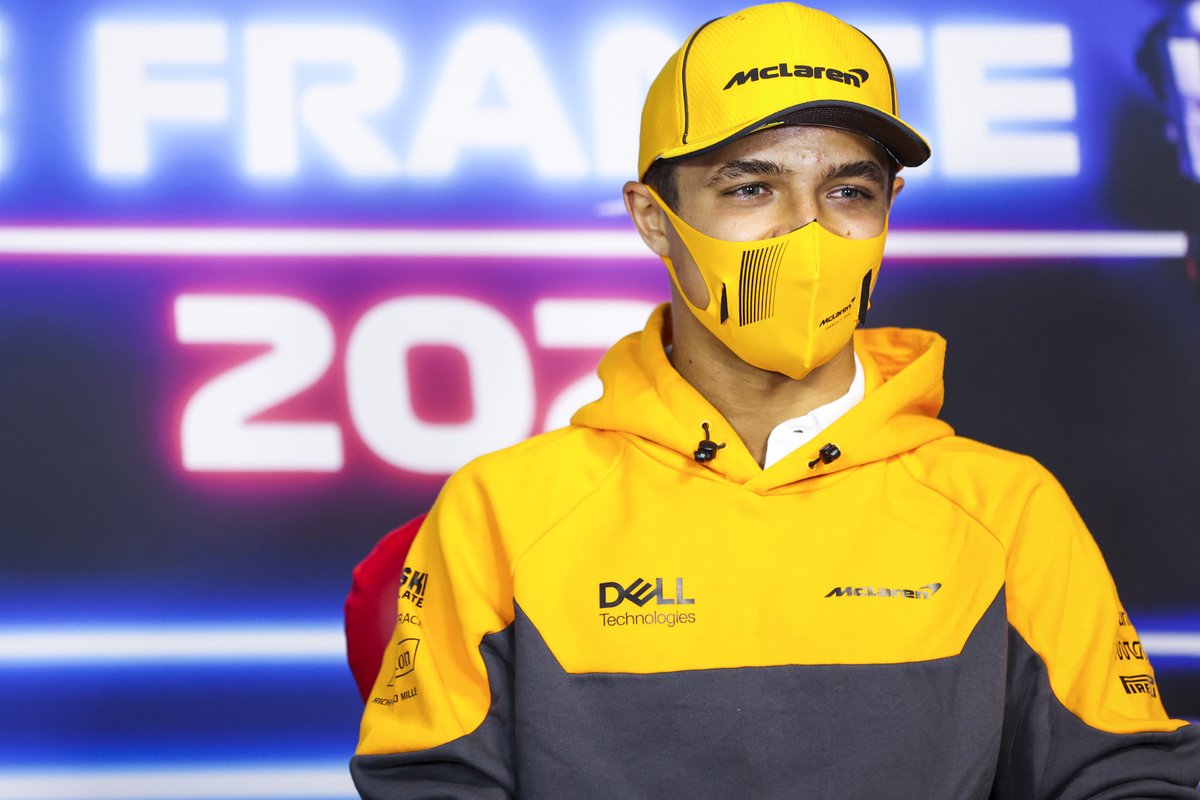 Carlos Sainz echoes the sentiments of his former teammate, and he insists that Ferrari has played it by the book.

"I think it's no secret that teams are chasing as much cooling," says the Spaniard. "And to protect yourself from overheating, because we know Pirelli overheats. We are always struggling with the rear tyres, and Baku was no exception.

"I'm sure every team was doing whatever they could to try and keep temperatures and pressures as low as possible. Whether they went below the limits, no one knows, only the teams who run those tyres know.

"What I would like to see in the future is Pirelli controlling and everyone controlling a bit what all the teams are doing to make sure that drivers are never at risk. And second, independently of all this, as I said before, 2psi up or down, tyres should never fail.

"We had no signs, no indication that a tyre was going to fail in our car. So as a driver, I'm confident in what my team is doing for me.

"But I do feel like if at one race or at a safety car restart the tyres are are at a lower pressure than what they should be, maybe we are too exposed as drivers to a failure.

"With all my respects towards Pirelli, as a driver I do believe that that a tyre should be more resilient to different conditions."

Sainz's teammate Charles Leclerc also has faith in how Ferrari operates the tyres.

"Fact is we didn't blow up the tyre and I have 200% trust in my team that we are not playing with it," says Leclerc. "And I know what we do with it and I'm sure that it's all fine, so I don't have this type of worry.

"I believe that Pirelli is doing its best to obviously give us the best tyre. Safety has always been a very important topic for everyone in the paddock, and I'm sure that it is for them too. And on my side it's not like I have less confidence in Pirelli. My confidence is intact.

"Whatever happened in the past, they just need to understand why it happened. I feel like it's also the team's responsibility to ensure the safety of their drivers.

"So I feel like with the new protocols in place for the tyre after the race etcetera for the pressure; if anybody was playing with it, it will stop them. So that is a good thing."