Honda has dismissed theories that an apparent step forward in performance with its second Formula 1 power unit is the result of upgrades or because it can run its engine harder.

The Japanese manufacturer has helped Red Bull take wins in the last four grands prix, but it has been particularly strong since the French GP when Honda introduced its second power unit of the season.

The step forward has prompted intrigue about whether or not Honda found extra horsepower through making reliability changes to the engine.

There were also suggestions that the Honda edge was the result of it being able to run the power unit in a more aggressive mode, after being held back earlier in the campaign because of concerns about possible failures.

However, speaking at the Austrian Grand Prix, Honda F1 technical director Toyoharu Tanabe denied that there had been any change to the engine specification, nor that it was running its power unit in a more aggressive manner.

Asked about the rumours of a 15bhp jump with the second specification unit, Tanabe said: “I'm very happy if it is true, but it's not true.

“Under current regulations, any performance update is not allowed to apply during the season. As a result, our second PU is the same as first PU in terms of specification and the performance.” 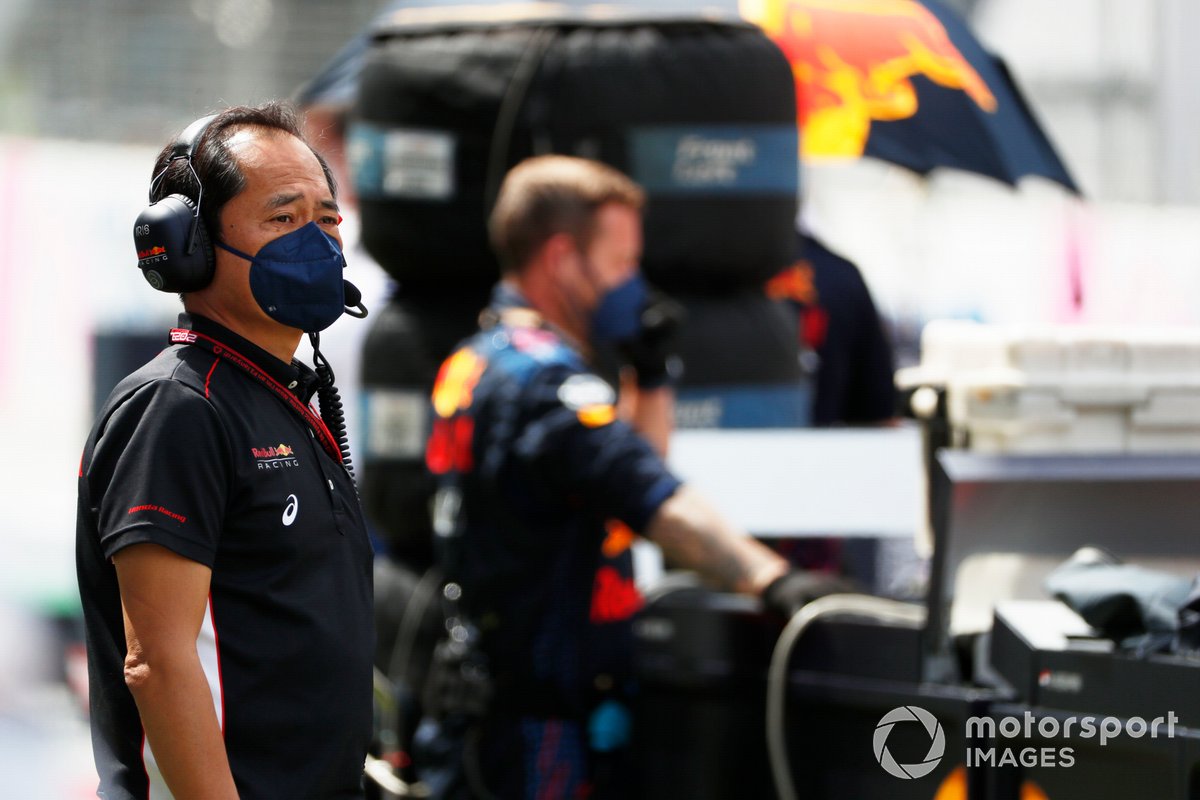 Tanabe said that if Honda had made any tweaks to its power unit to improve reliability, which could have helped lift performance, then other teams would have been notified about it by the FIA.

“Under current PU regulations, we need to submit any changes,” he said. “[You are] only allowed to change for reliability or cost reason or logistics, and then we need to submit very detailed [information] to the FIA first, and the FIA approve those changes.

“Why are we doing such a very detailed investigation is that a long time ago some teams, they improve their performance to make a change to improve the reliability.

Tanabe says that any progress that others have seen from the Honda engine is recent races is simply the result of it better deploying its energy management systems to maximise lap time.

“We have been learning gradually how to use the PU,” he explained. “We improve our weakness, and then we push our strengths.

“As a result, the base specification, the performance, is the same, but trackside performance I believe we have been improving.”

Although rival Mercedes has pointed out several times the edge that Red Bull and Honda has on the straights, Tanabe does not think that Honda’s power unit is the benchmark in F1.

“We keep analysing our position, compared to the other PU manufacturers. This analysis includes the chassis performance as well, because if you have a good car, with less downforce, sometimes you see a good engine power performance. So, it's a little bit difficult to judge,” he said.

“The current result shows us that still, we are not number one. But as I said, we cannot improve the pure performance, like ICE performance. Then, we are working very hard on how to use the PU efficiently at the track. So, we want to use current hardware more efficient with team engineer.”

Austrian GP practice as it happened