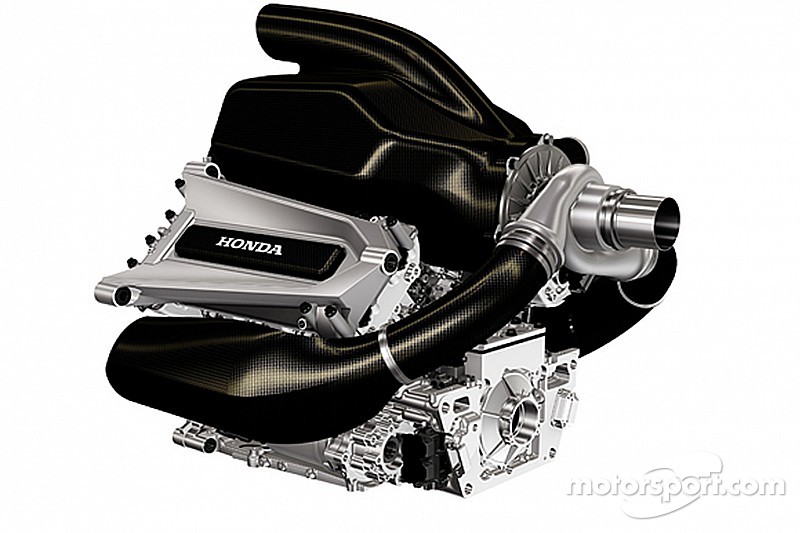 They're back and now it's real: the much expected Honda Formula One engine may still be under development, but the manufacturer decided to use this weekend's Japanese GP to offer a sneak peak of its 2015 power unit.

TOKYO, Japan, October 1, 2014 - Honda Motor Co., Ltd. today gave the world a first look at an image of the power unit currently in development for the 2015 FIA Formula One (F1) World Championship.

During the 2014 FIA Formula 1 Japanese Grand Prix, Honda will offer a sneak preview film of the F1 power unit under development including the engine revving sound at the Honda stand at Suzuka Circuit. This video will be shared with the public via the Honda website and social media from October 6, 2014.

The whole team is concentrating on this development.

Comments by Yasuhisa Arai, Senior Managing Officer of Honda R&D Co., Ltd., who is heading the F1 Project: "Working toward Honda's F1 participation starting in the 2015 season, development of the power unit is entering its prime phase at our R&D facility in Sakura (Tochigi, Japan), where we transferred our automobile motor sports development earlier this year. In addition to conducting simulations, we have moved onto the next stage where we conduct full-fledged bench tests of the engine while connecting the turbocharger and energy recovery systems.

"In the meantime, our racing operation base in Milton Keynes, United Kingdom, has become fully operational. At this time, we are unveiling an image of our power unit that is under development. The whole team is concentrating on this development, getting ready for the forthcoming start of F1 participation in 6 months. Please stay tuned for further updates."

In addition, Speed Week is reporting on Wednesday that Mercedes - McLaren's current engine supplier - has given McLaren permission to debut the Honda V6 at the post-Abu Dhabi Grand Prix test next month.

That is despite Honda's Arai having said just weeks ago that the engine will in fact not make its debut until the first winter test of 2015 next February at Jerez.

"There is obviously a lot of work behind the scenes with our new partner for next year," McLaren team boss Eric Boullier said recently in Singapore.

"We have not exactly defined when and where we will test first, to be clear about some discussions and rumours. There is a lot of work going through and, to be honest, as per the original schedule, everything is fine so far."

What is next for Simona de Silvestro