Honda Formula 1 technical director Toyoharu Tanabe was surprised to see Mercedes and Ferrari suffer immediate failures on upgraded engines given their track record is so strong.

Two of the six new-spec Mercedes engines used at the Belgian Grand Prix were hit with problems, as Sergio Perez’s Racing Point came to a fiery halt in practice and Robert Kubica had a spectacular failure in his Williams.

Ferrari gave both Haas cars and Antonio Giovinazzi’s Alfa Romeo an upgraded engine ahead of fitting the new spec to its works cars this weekend in Italy, and Giovinazzi suffered a failure in qualifying.

Honda has spent years trying to improve its reliability since rejoining the F1 grid in 2015 and had many high-profile problems with McLaren, while Mercedes and Ferrari have excellent track records in the V6 turbo-hybrid era.

Tanabe told Motorsport.com: “I’m surprised, for two reasons. One, their reliability showed in the past, and also this year. We can only use three engines per year, so they must run more than 5,000km.

“They have a lot of experience of how to guarantee the mileage and the reliability using dyno endurance tests.

"The new spec, of course, passed that durability test in the factory, then the engine came [to the track] and had trouble. That is one question and also [why I am] surprised.

“The other is quality control: they supply two or three teams for a long time, they know how to control the quality, how to check it before they ship [to races].”

Honda is still trying to catch Mercedes and Ferrari and has introduced one more upgraded than its rivals this season.

Unlike those two manufacturers, and Renault, Honda does not have a works/customer team split.

Though Red Bull is its de-facto lead entry, Honda treats the senior team and its junior outfit Toro Rosso equally.

Mercedes tends to roll out engines across its works and customer teams at the same time, although Ferrari has traditionally let Haas and Alfa have first use before following one race later.

Tanabe said: “When we introduced the Spec 3 trackside last year, we had some calibration issues.

“We learned from that and tried to make a high-quality calibration for trackside.

“Your own team is important, so you can try something with the customer teams, how the new spec behaves at the track, and then optimise the calibration and later you introduce the engine to your team.

“Ferrari has a mature calibration or they know how to use the engine at the track efficiently, so immediately it performs well. That’s one of the ideas of using the customer teams. 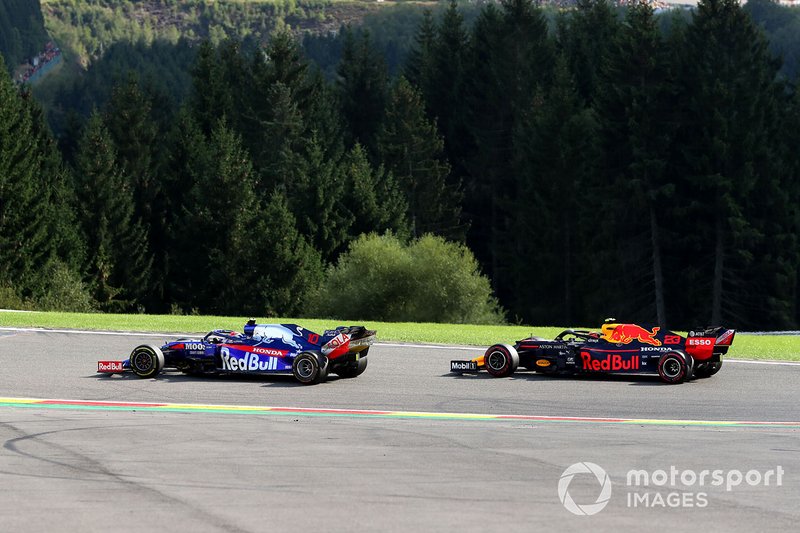