Albon and Kvyat get Honda upgrade, grid penalties for Spa 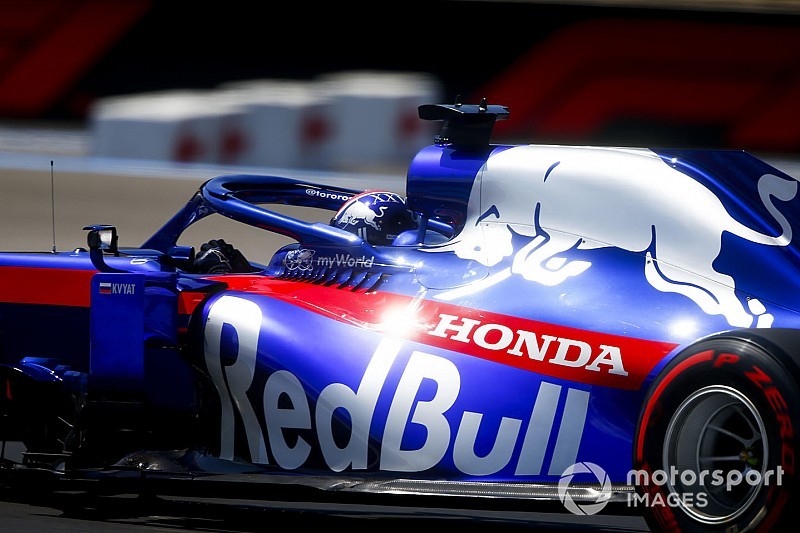 Honda will introduce its third engine upgrade of the Formula 1 season at Spa, but Max Verstappen will not have use of it for strategic reasons.

The new ‘Spec 4’ engine will force Verstappen’s new Red Bull teammate Alex Albon and Toro Rosso driver Daniil Kvyat to start at the back of the grid for the power-sensitive Belgian circuit.

However, Verstappen and Pierre Gasly, who has been demoted from Red Bull to Toro Rosso as of this weekend, will not use the upgraded engine.

"We are introducing the Spec 4 version of our engine at this event,” said Honda’s F1 technical director Toyoharu Tanabe.

“As usual, we have focused on improving both reliability and performance, in the hope of achieving even better results with both teams in this part of the season.

“Our plan is that only Albon and Kvyat will run it at Spa, for strategic reasons, looking at the rest of the season as a whole.”

That means Austran and German GP winner Verstappen will likely complete the Belgian weekend with the Spec 3 Honda engine he has used since the French GP in June.

In theory he would switch to the Spec 4 engine for next week’s Italian GP at Monza, another power-sensitive circuit where it would be easier for him to make up ground from a back-of-the-grid start.

This would then give him the Spec 4 to use in Singapore, a track Red Bull will eye victory, without worrying about grid penalties there.

Red Bull has enjoyed a perfect reliability record with its new engine partner this year, although has cycled through more engines than its rivals Mercedes and Ferrari because of Honda’s programme.

Honda introduced its first upgrade of the year in Azerbaijan and its second in France, whereas Mercedes and Ferrari entered the summer break having only used two specifications.

However, when a driver changes teams he takes over the engine allocation of the driver he replaces: so Albon and Gasly take over one another’s engine numbers.

Ericsson on standby for Alfa Romeo at Belgian GP