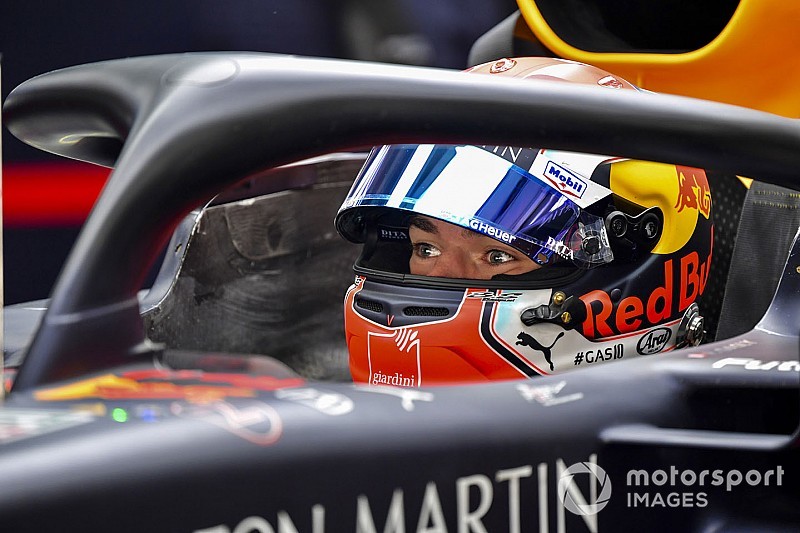 Red Bull team boss Christian Horner is confident that newcomer Pierre Gasly is "coming out" of his early-2019 Formula 1 slump.

After a rough start to the Frenchman's Red Bull F1 career, Horner has praised Gasly for a "much stronger" showing in Baku.

Gasly felt he had made a breakthrough with the RB15 at the Azerbaijan-based street circuit, which was reflected in his charge from a pitlane start to a likely sixth-place finish – before a driveshaft failure forced his retirement.

Asked what Red Bull has been doing to help Gasly overcome his difficult start to the season, Horner said: "He's coming out of it, I think, he's had a lot of support from the team and he's working with a good engineer, he has a good engineering team around him and he knows that we know he can do it.

"It'll just take time, and of course he has that huge barometer next to him [in Max Verstappen] who's one of the hottest properties in the pitlane."

Gasly's early difficulties with the RB15 have echoed a trend from his junior career, in which the Frenchman had often needed a considerable amount of time to gel with new machinery.

His four French F4 wins all came in the final five races of his 14-race 2011 campaign, and while he was only 10th in his rookie two-litre Formula Renault season the year after, he then took the won the drivers' championship on his second attempt.

He had a similar path to his 2016 GP2 title, emerging as the series' benchmark in his second full season after snapping a three-year victory drought.

Gasly, however, has rebuffed the suggestion that he had a tendency to adapt slowly, pointing to his run to runner-up in his sole Super Formula season two years ago.

"I think it kind of really depends on the sort of car I have," he explained to Motorsport.com. "I know that I'm aggressive, kind of an aggressive driver, needs to carry a lot of speed, put quite a lot of stress on the rear.

"For sure me I can have an impact on my driving and I think the thing that worked last year [at Toro Rosso] probably needs to change a bit my style for this year to fully suit this car.

"But the thing is, Super Formula was a pretty difficult car and within one season, with high level [of drivers], I managed to finish second in the championship. It just really depends on the car and trying to basically get the max out of it."

The one shining light from Williams's current pain