Horner: Red Bull has to be “patient” with Albon 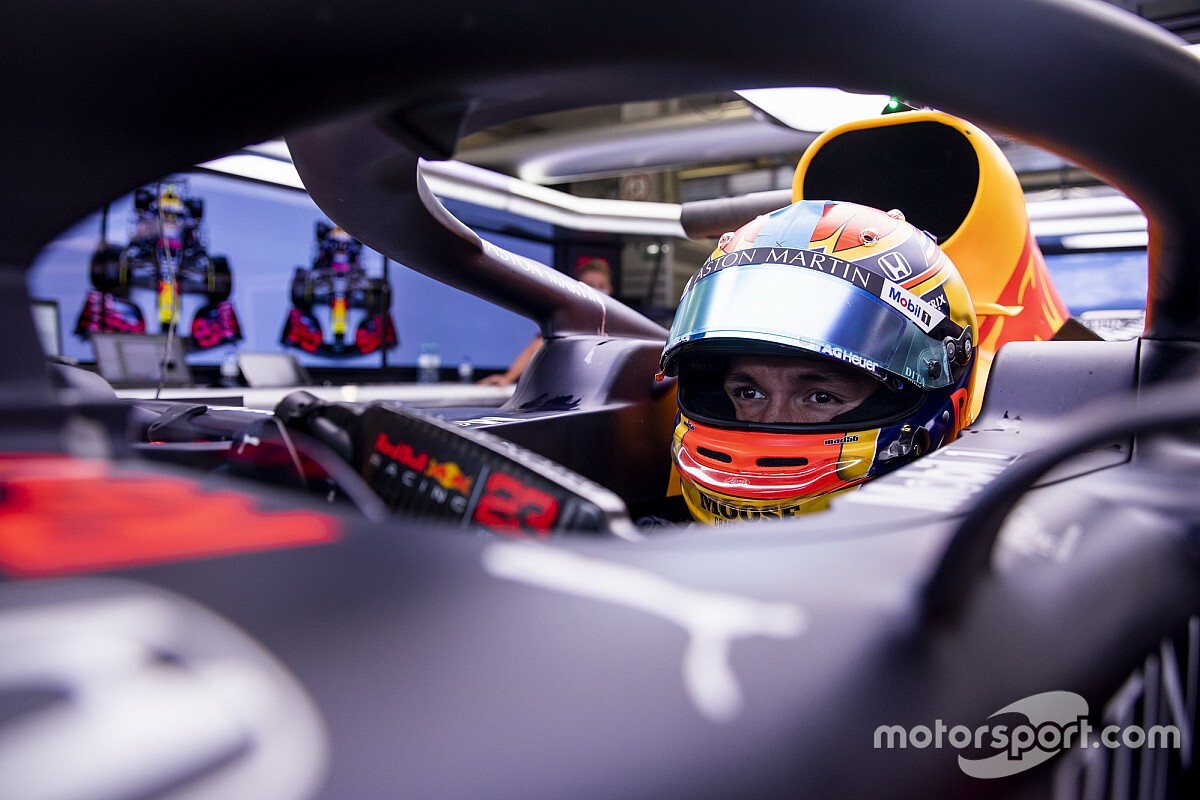 Red Bull Racing Formula 1 boss Christian Horner says that the Milton Keynes team has to be “patient” with Alex Albon and be ready to “put an arm around his shoulder’ should he need support.

Albon is under pressure to perform well against teammate Max Verstappen, and while the British/Thai driver finished a solid fourth in the Styrian GP, he couldn’t match the Dutchman’s form over the course of the weekend.

In the Austrian GP Verstappen retired early and Albon had a podium in his sights when he tangled with Lewis Hamilton, who subsequently received a penalty.

Horner acknowledged that it’s not been easy for Albon to come into Red Bull’s senior team, but insisted that he’s done well given his experience.

“Alex is still very young,” he said in an Aston Martin Instagram chat with Martin Brundle. “I mean, that's only his 11th race for us. And I think the fact that he's racing Lewis Hamilton, I think is a great thing. Lewis didn't expect to be racing him at that point.

“He's got the added pressure of Max as his as his teammate, and I think he's handling that incredibly well. He's a really bright lad, he thinks about his racing.

“And he's working it out and I think that we need to be patient with him and we'll put an arm around his shoulder and make sure he feels he's got the support which he absolutely has.”

In a column issued by Red Bull Horner revealed that Albon’s early pace in the Styrian GP was compromised by a tyre issue.

“During his first stint on the soft tyre, we were concerned about potential blistering on the front right,” he said. “So he was managing his pace to ensure he was able to achieve the target lap for his pit stop.

“This meant he gave away significant pace to the cars ahead, but as soon as he changed to the medium compound, he was back on pace.

“If you look at the analysis, Alex was within a tenth of Bottas, who was chasing Max. He also did a very good job in holding off a very fast Sergio Perez at the end of the race.”

Asked by Brundle about the clash with Hamilton in round one Horner conceded that Albon could have waited to make his move.

“Alex felt that his advantage would be with a warm up of the tyre,” he explained. “Getting the tyre switched on, and that he needed to get the move done early.

“He got a good tow down to Turn 4 and he went to the left hand side, and he said he wasn't teeing up an overtake at that point. He was just surprised at how early Lewis braked, because obviously he hadn't got the temperature in the tyre.

“And so he said: 'I just rolled off the brakes, carried the speed round, and I was able to hang in around the outside and drive just round the outside because of the amount of grip that I had.'

“Could he have been more patient? Probably yes. But then Lewis definitely tagged him and he got a penalty for it, but unfortunately the outcome for Alex was that he was in the gravel trap.”

In a vote of confidence for Albon Horner reiterated that there is no opportunity for Sebastian Vettel at RBR in 2021, suggesting that a change could be “disruptive.”

"It would be impossible for us to accommodate him within the team,” he noted. "But of course we'll always have a good relationship with him because we achieved so much together, but sometimes in relationships, you should never go back. You always go forward.

“As I say our commitment is with our drivers. Max is in the form of his life. Alex is still young, he's getting better, the dynamic between the two guys is very good. And I think it would only be disruptive potentially to interrupt that dynamic at the moment rather than sticking with what we have.”

Asked by Motorsport.com if Vettel’s availability created any extra pressure, Albon himself denied that was the case.

“Not, not really,” he said. “You’ve just got to perform yourself, no extra talk behind changes that.

“It's still very much a personal subject in the sense that external stuff doesn’t affect me, the job is in my hands. I’ve got to do the job, that means there’s no extra pressure at all.”

Ferrari asks for "patience" as recovery could take years

Ferrari asks for "patience" as recovery could take years