Horner: Ricciardo was on victory charge in Hungary 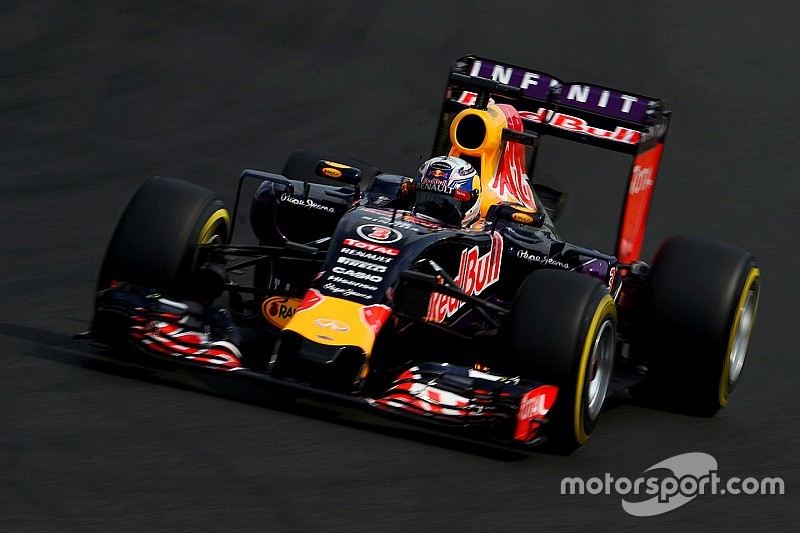 Red Bull boss Christian Horner has admitted that he thought Daniel Ricciardo was on his way to challenge for a shock second Hungarian Grand Prix win in the closing stages of the race.

Ricciardo was in fifth place after a safety car restart, but was crucially the lead car on the faster soft tyres, as all those ahead of him were on mediums.

After battling past Lewis Hamilton, he had no problem picking off Kimi Raikkonen before he starting challenging Nico Rosberg for third.

But it all went wrong after he dived down the inside of the Mercedes at Turn 1.

After locking up and trying to hold his line around the outside, Rosberg's left rear tyre broke Ricciardo's front wing, forcing a pitstop that robbed him of the chance to challenge eventual winner Sebastian Vettel.

When asked if he had thought the win was there for Ricciardo to take, Horner said: "It felt a little bit like deja vu from last year [when Ricciardo's won].

"We strategically made the call at the first stop to put the hard tyre on, as we felt our only possibilities would be in the later part of the race if there was a safety car.

"And sure enough, we had that set of tyres left. The safety car came out and it teed it up beautifully."

Horner admitted that the biggest shock was that Rosberg had not opted for the soft tyres, but that had been due to a late-call to pit for rubber when the safety car came out.

"The surprising thing for us was that Rosberg went on to the hard tyre," he explained. "Lewis had to take the hard tyre and Kimi had an issue.

"Daniel made his way past Kimi fairly easily but in finding his way past Lewis, there was quite a big contact, which damaged the car quite significantly.

"Despite that, he was able to close in on the leading pair and he was always going to have a go.

"He obviously got a run up the inside, got in a bit too deep and Nico came across his bows on the exit and it looked like a racing incident.

"It was a shame, because without that, if he had managed to get pass Nico, it would have set up an interesting finish with Seb."