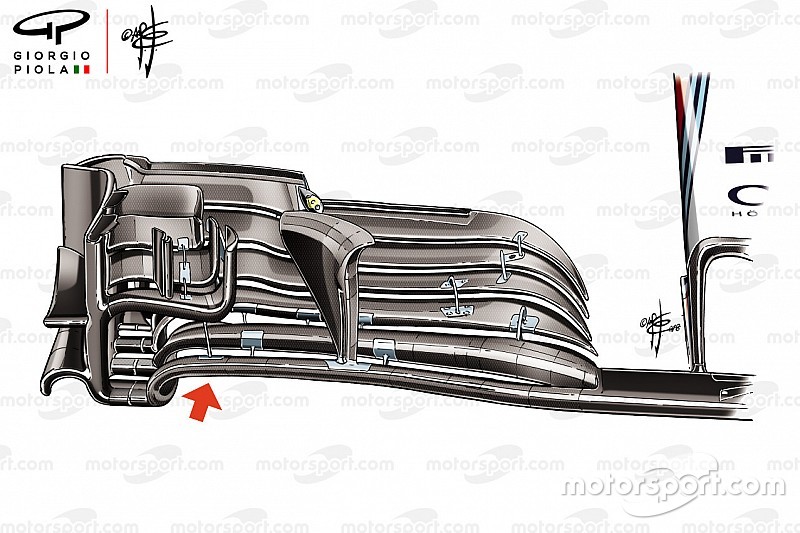 The new front wing Williams introduced at the German Grand Prix didn't add downforce or reduce drag, yet it still allowed the Grove-based team to reap a tangible benefit.

When it comes to aerodynamic upgrades in Formula 1, the focus of teams is often on finding more downforce or less drag in a bid to help improve lap time.

Any gains on those two fronts should automatically bring with them performance benefits which can be a big help when it comes to taking on the opposition.

At Hockenheim last weekend, however, Williams moved a step forward with its so-far troublesome FW41 thanks to a new front wing that wasn’t about adding downforce points or making the car better in a straight line.

The idea behind it was about lifting driver confidence by taking away an instability problem that has dogged the team over the first half of the campaign.

And while the changes did not bring any theoretical improvement that could be seen on data, the fact the team enjoyed a slight uplift in form is an encouraging sign for the rest of the campaign. 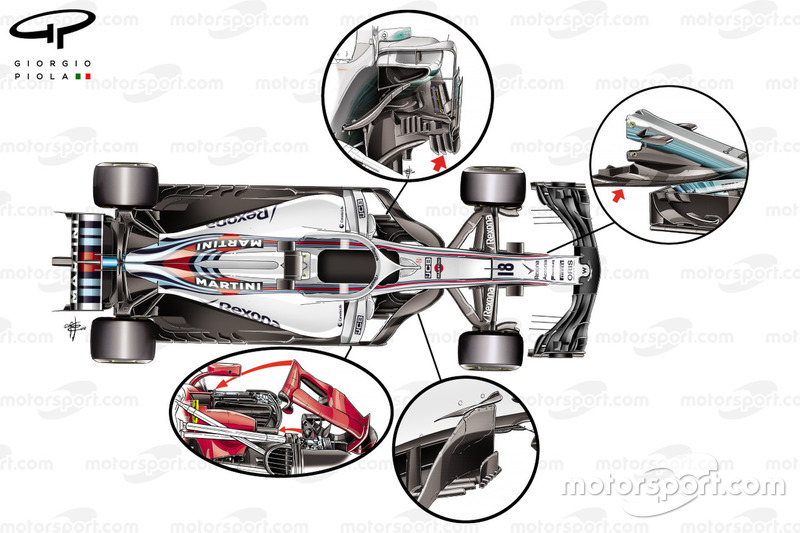 The Williams FW41 appears to be a particularly troublesome car, lacking in stability and overall performance and is proving to be more than a handful for it relatively inexperienced driver line-up.

The giant leap up the grid that it hoped for has not materialised, with the complex design schemes lifted from top outfits having failed to come together.

As such, the team has stepped up its investigation work over the course of the last few grands prix in a bid to find the answers for its lack of performance.

It’s imperative that it understands these issues before locking in design aspects of next year’s challenger too, even if many aspects of the car’s design will be altered. 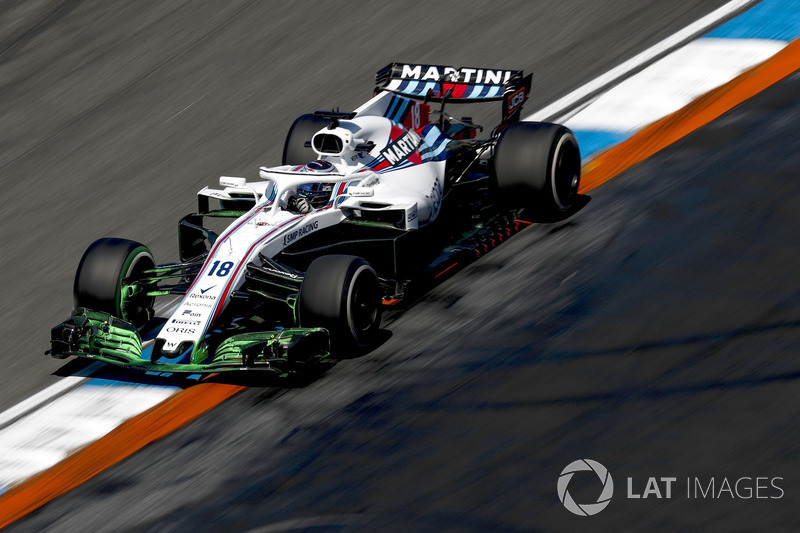 At the German GP, the team arrived with a new front wing, as it attempted to overcome some of its issues and, in particular, get rid of the car’s unpredictable characteristic.

It was down to Lance Stroll to put the new parts through their paces during FP1, whilst Sergey Sirotkin ran with the old front wing in order that the team could get back-to-back data. 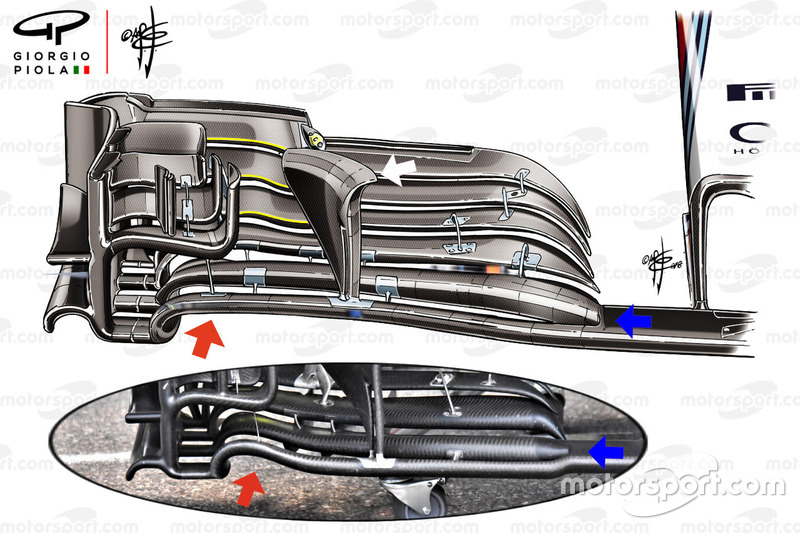 The wing has many new design features, but the single-most important aspect of its design is the way in which the arch at the outboard section has been relaxed (red arrow), resulting in a much gentler profile on the wing’s leading edge.

As we’ve seen before, this alters the wing’s pitch sensitivity. This relates to its performance at different ride heights (and during braking, cornering and acceleration), and making it less sensitive means that the car should be more predictable.

This geometrical change has also altered the shape of the secondary element of the mainplane, and both of their connecting points with the neutral section.

It has also resulted in the first of the flaps becoming fully detached from the neutral section, revising its shape, chord and ability to tie-in with the flaps above.

This will not only have an effect on the shape, orientation and power of the Y250 vortex being shed, but will also empower the flaps to improve downforce and overall stability - reducing inconsistencies that may have been occurring downstream.

The changes in the outboard section of the wing have been paired with an alteration to the shape of this section and their transition into the flaps (highlighted in yellow).

Meanwhile, the ‘r’ shaped cascade has been modified too, with a scroll-shaped tip added on the upper surface, altering the vortex that has been shed.

All-in-all Williams hopes that the changes at the front of the car activate other areas that may be operating at a suboptimal level, meaning it can focus better on its development path for the current car and move on to its 2019 design safe in the knowledge that it understands what has gone wrong this year.