Formula 1 was supposed to be holding the fourth round of its 2020 season on Sunday, with the Chinese Grand Prix originally scheduled to take place in Shanghai.

However, the race was the first to fall foul to the coronavirus pandemic which has subsequently forced eight further events to be called off too.

Some say we don’t appreciate what we’ve got until it’s gone. So, on the day when F1 fans are in lockdown at home rather than tuned in to watching F1 in China, we take a look back at the country, how it has embraced the sport and managed to establish itself on the calendar.

Shanghai is a city that has a long-standing reputation for being open to western culture. Right at the beginning of the millennium, the-then Shanghai administration negotiated with ex-F1 boss Bernie Ecclestone regarding the idea of holding a Chinese round of the championship as one of its main efforts to promote the city.

While the deal was only done on October 21 2002, construction of the 5.451-km circuit had already begun four days before.

On the celebration, former FIA president Max Mosley was asked by local media on the importance of having a permanent circuit in Shanghai.

“We have 11 circuits in Europe, but only two in Asia,” he said. “If you look at the land area of the two continents, three circuits [in Asia] is far from enough. We hope the business would grow bigger in Asia.”

Less than two years later, the FIA-Licensed Grade 1 level circuit rose up from the Jiading District, sitting 40km northwest from downtown Shanghai. And back then, that really was the middle of nowhere.

To celebrate the establishment of the Shanghai International Circuit, in early June 2004, Ferrari demonstrated a F2003-GA driven by Gerhard Berger.

Three months later, the inaugural Chinese GP took place before the national day holiday started on October 1. More than 200,000 spectators witnessed Ruben Barrichello win the race. That was the afternoon that newly crowned seven-time world champion Michael Schumacher finished only 12th after suffering from a collision, a spin and a puncture.

Nevertheless, it was the first time in Shanghai that a sporting event had proven so popular since Manchester United visited the city in the summer of 1999, shortly after the team had secured the triple crown.

Although the seven-time champion failed to make an impression in that inaugural event, to general Chinese audiences F1 was all about Ferrari and Schumacher in the early years.

Companies spent hundreds and thousands for the tickets to treat their important customers in fashion. Local media chased the Ferrari driver wherever he went, with the German playing the catch-me-if-you-can game. The promoter even organised a secret football match because the German wanted it.

Schumacher, however, was unable to find any luck in Shanghai until 2006, when he came out on top during a tricky damp afternoon. 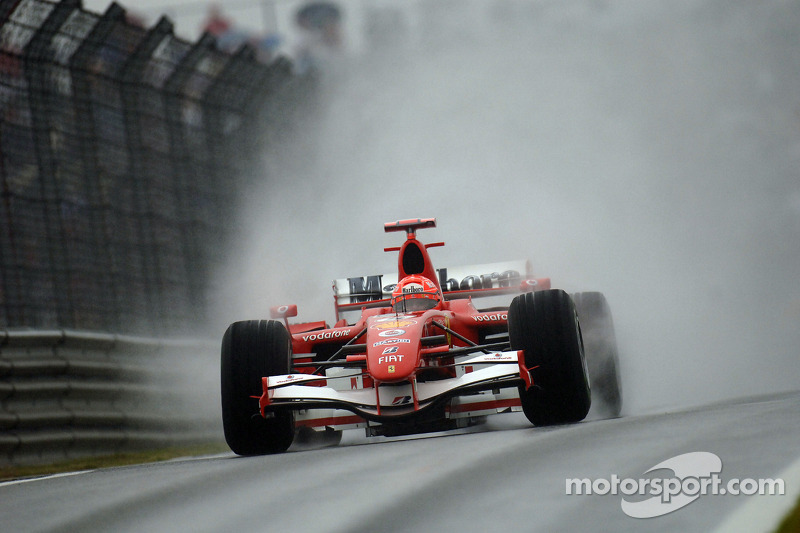 Battling through the wet and overcoming the frustration of his previous two races in China, Schumacher jumped on the top of the podium in Shanghai to celebrate what proved to be the last win of the 91 in his illustrious career.

Following Schumacher’s retirement, it was not obvious who would receive the most support in China when F1 returned for its fourth visit in 2007.

After a remarkable debut season, Lewis Hamilton arrived in Shanghai, the penultimate round that year, as the favourite for the title – a third place finish would have all-but-guaranteed him the drivers’ championship. But his outing that day ended in disappointment when he crashed out on worn tyres on his entry to the pits.

Kimi Raikkonen won that day; but Hamilton would make amends the following year with victory in 2008, putting himself in a strong position to clinch the championship at Interlagos two weeks later.

When F1 returned to China, it did so in April 2009, and that wet race famously delivered Red Bull’s first grand prix victory - also ending Brawn and Jenson Button’s brilliant run at the start of the campaign. 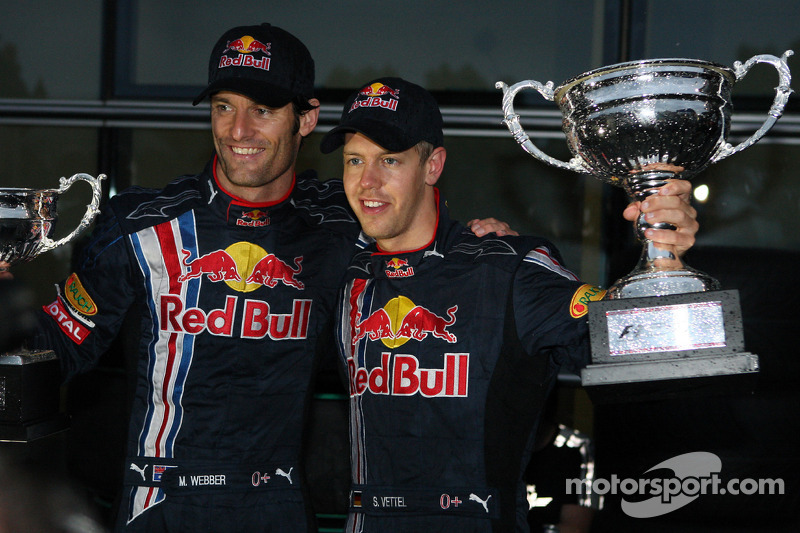 In fact, China had a history of firsts: and the first seven races – with Button winning in 2010 – had all delivered a different victor. Hamilton’s success in 2011 ended that remarkable record.

But it was Hamilton's future teammate Nico Rosberg who made history in 2012 when he took his maiden win – and the first for Mercedes in the modern era.

With the race becoming firmly established early in the campaign, last year it had the honour of hosting F1’s 1000th world championship race in its history. Hamilton added another win to his tally that day.

The search for a local hero

China’s focus is now very much on getting a Chinese driver on the grid. During last year’s celebrations, Chinese F2 driver Guan Yu Zhou, who joined the Renault Sport Academy early that year, drove a 2012 F1 car in a roadshow downtown, before he demonstrated the same car at the F1 circuit on Sunday before the race.

That day also marked the first time a Chinese driver had driven an F1 car at a grand prix weekend at Shanghai International Circuit since Ma Qing Hua took part in an FP1 session in 2013.

For now, the real racing has stopped, and China’s best hopes of success right now is online, with Zhou having already been a winner in F1’s Virtual Grand Prix Series.

But when F1 returns, whether it’s this year or next, the place could mark another chapter in its history if there is a local hero out there racing.

Who would have won 10-race championships in F1's hybrid era?