How Haas uncovered the real Magnussen 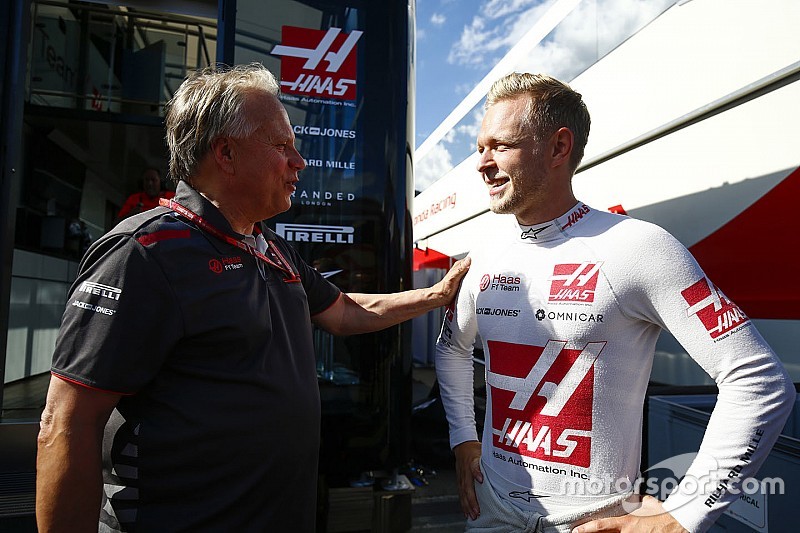 Fast, fearless, more professional than you might think, and now revelling in a team environment that suits his politics-free outlook, Kevin Magnussen is becoming the F1 driver he always should have been.

Kevin Magnussen was once McLaren's next big thing in Formula 1: nurtured through the junior single-seater ranks, a podium finisher on his grand prix debut, and a driver the team considered definitively faster than 2009 world champion Jenson Button. But one nevertheless cast aside to make way for Fernando Alonso's return at the end of 2014. It was the first of several false starts in an F1 career that is only now living up to its true potential.

Feeling frustrated and let down, his confidence dented, Magnussen was moved on after a season spent in the 'reserve driver' graveyard, so McLaren's new next big thing - Stoffel Vandoorne - could be groomed to become Alonso's team-mate. Magnussen bounced out of Woking and into Enstone for a campaign with the reformed Renault works team. But that proved a shortlived misstep, as Magnussen struggled to stand out in a difficult car against a team-mate - Jolyon Palmer - that F1 didn't rate. Points of comparison count for a lot, remember, in a world ruled by perception.

Mercedes mirrors comply to "the letter" of F1’s rules - FIA