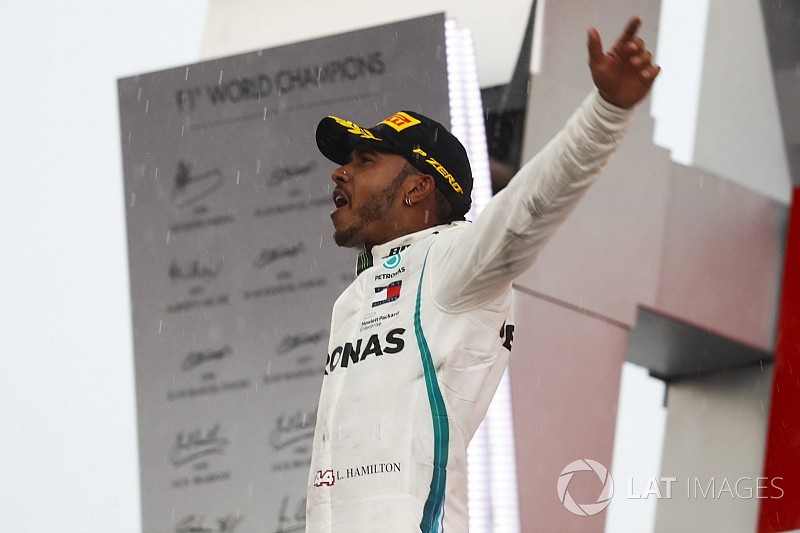 Amid rain, crashes, radio confusion and stewards' investigations, Lewis Hamilton managed to win the German Grand Prix from 14th on the grid. This is how he did it.

Hamilton later said he'd prayed for it, which maybe explains what he was doing crouched down between the front-right wheel and sidepod of his stricken Mercedes with his head resting on it after stopping in qualifying with a hydraulics problem. Whatever he was doing, given this was only the 12th time in 976 world championship races (ignoring the anomalous Indy 500s of 1950-1960) that a driver has won after starting 14th or lower, it worked.