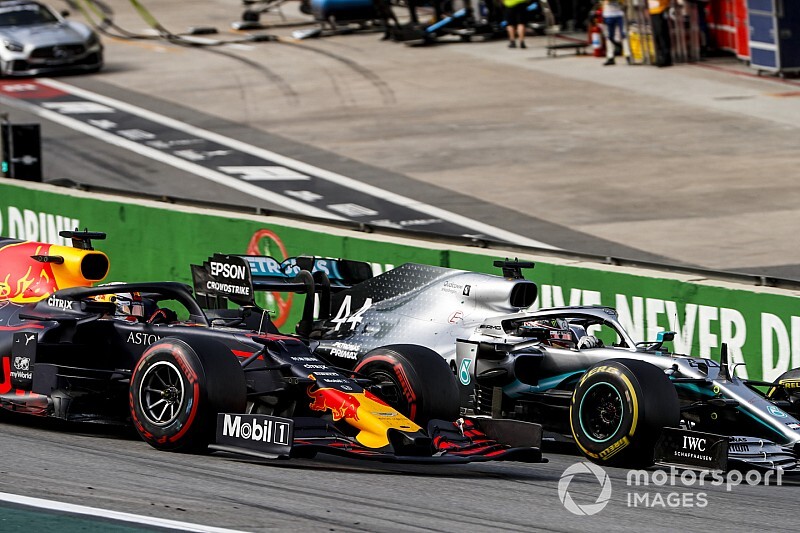 Outpaced and outduelled, the usually flawless Lewis Hamilton and Mercedes combination ended up making a lot of mistakes in Brazil as they tried to respond to the brilliance of Max Verstappen and Red Bull-Honda

Max Verstappen and Red Bull were the class of the field at Interlagos, assisted by a Honda engine package that thrives at altitude and a car that flew in the twisty middle sector. Early on, he was on target to control the race from start to finish, but this was not a straightforward Brazilian Grand Prix. Instead, he had to make two passes for the lead and negotiate a couple of late-race safety cars to prevail.

On Friday, the talk was of the apparent return of Ferrari's straightline supremacy. But come qualifying Verstappen only gave away a tenth and a half to the red machines on the straights and seized pole by 0.123 seconds from Sebastian Vettel, aided by how well the car was working aerodynamically in the long middle sector. With the Honda turbo characteristics effective in compensating for the 800 metres altitude and resulting reduction in air density, Mercedes losing a little on F1's rare visits to such heights and Ferrari fastest but not by a massive margin on the straights, everything came up Red Bull.

FIA: Hamilton opted not to defend himself to stewards