Hulkenberg may need "another gear" to beat Ricciardo 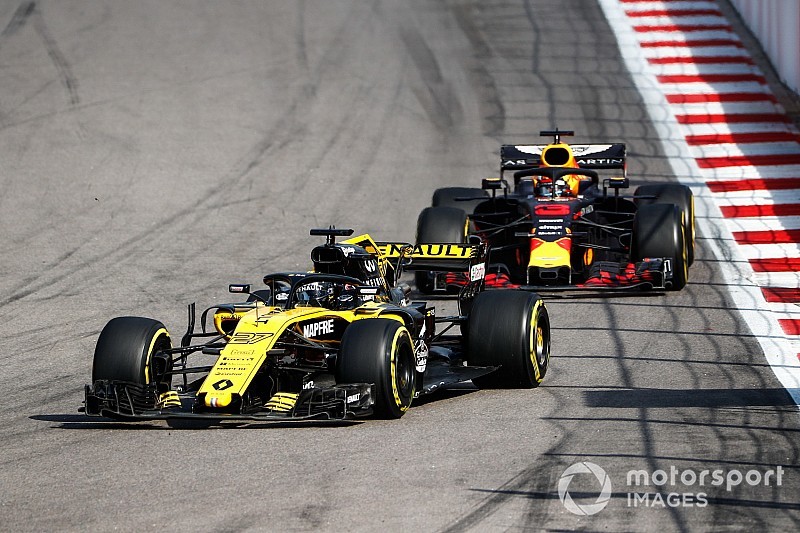 Nico Hulkenberg thinks he may have to "find another gear" if he is going to beat Daniel Ricciardo at Renault next season.

The German is excited about the prospect of his former Red Bull rival driving alongside him in 2019, as it will give him a proper chance to prove himself alongside a race winner.

Although he is far from worried about taking on Ricciardo in the same car, he accepts that he may need to lift his game if he is going to prove himself.

"Bring it on – we all cook with water, I'm not scared of anyone," said Hulkenberg about facing Ricciardo next year.

"Probably it will be very challenging and I might have to find another gear, but let's see what happens."

Hulkenberg came out of 2018 with the accolade of having outqualified and outscored teammate Carlos Sainz.

But despite being happy with the job he did there, he says his main focus was more on the overall progress of the Renault team.

"I guess it's always important – people, outsiders, look at that [teammate comparison] more," he said.

"People inside the team, they know more obviously about what's really going on. But, yeah – it's good, I'm happy – it's much more important that the team and the car progression happens."

Asked if he had expected more from Sainz, Hulkenberg said: "I wouldn't say I expected more – I think he's a great driver, very competitive, very quick.

"I think he's been very helpful and good for Renault and for our development as well – he also contributed a lot. And I think we've been working really strongly and well together for the team."

Vandoorne: No one noticed my strongest races

The verdict: Did F1 team bosses get their Top 10 right?