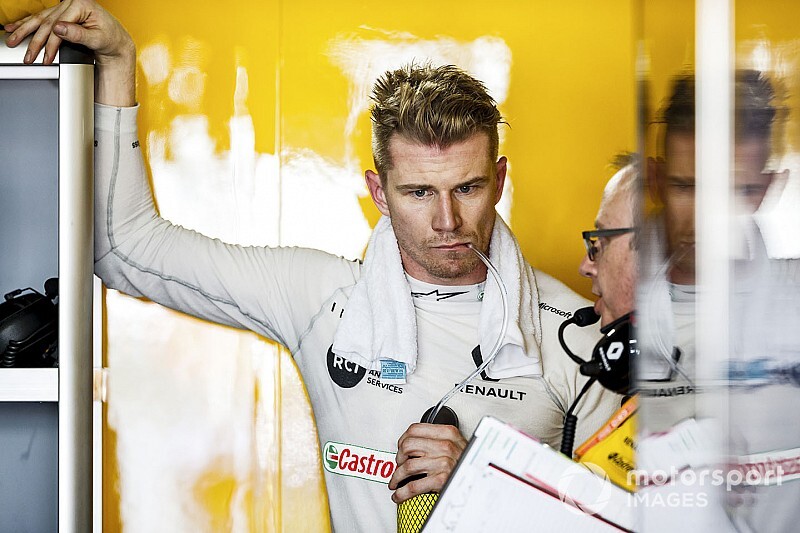 Haas Formula 1 team boss Gunther Steiner would have no issues with potentially partnering Nico Hulkenberg with Kevin Magnussen next season, despite a history of animosity between the pair.

Hulkenberg is favourite to replace Romain Grosjean alongside Magnussen at Haas in 2020, should the US-owned team decide to make a change.

Following an incident in the 2017 Hungarian GP, Magnussen famously told Hulkenberg to "suck my balls" after they met in the TV pen after the race.

Hulkenberg and Magnussen's rivalry also formed a key storyline in the Netflix series Drive to Survive, which covered the 2018 season, but Steiner says he's not worried about their history.

"We are running into each other even without history!" he said. "We would manage. I don't think about that, it's not about [them], it's about the team. We are all grown-ups, this is a business.

"I'm sure you have colleagues you don't like to work with. It's a business, I see it like this. You need to be practical with this stuff. But that is not a thing which would influence what we are doing. That is their problem, not ours, should it happen."

Hulkenberg indicated that he'd be happy to partner Magnussen, suggesting that teammates don't necessarily have to be friends.

"I'd love to see that," the German said with a smile. "Honestly, the teammate is the teammate. You have to accept them. With some you get on, but you don't have to get on. Maybe it's better, I don't know. I don't think that would be a deal-breaker for me."

Magnussen also downplayed the rivalry, stressing that there had only been one on-track clash.

"It was dramatised massively, getting really tired of this subject," he said. "Between me and Nico there's really been only once incident in Hungary two years ago. It's incredible we are still talking about it.

"I mean, there's not many drivers who are friends off the track. We say 'hi' to each other when we see each other on the drivers' parade, but there's no issue between us."

Magnussen said he wanted to have a competitive teammate, be it current incumbent Grosjean or someone else.

"Obviously there's no decision on that side so far," said the Dane. "But I'm happy either way, I'm happy with the teammate right now, and I'd be happy with anyone really.

"I think when you're in a midfield team you need a strong teammate, someone who is regarded strongly, rated highly, because that's the only way you can show yourself.

Masi keen to use warning flag as F1's "yellow card"