Hulkenberg had "no weapons" in puzzling Azerbaijan GP 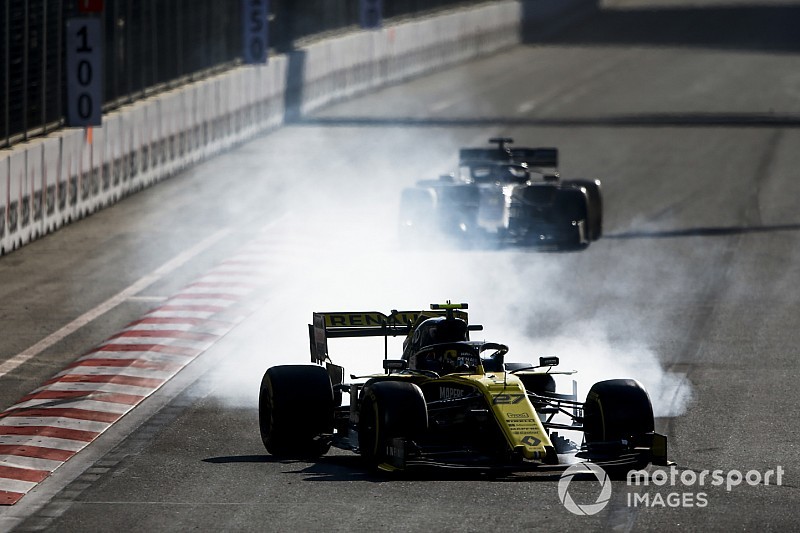 Nico Hulkenberg says he had “no weapons” with which to fight in the Azerbaijan Grand Prix as the Renault Formula 1 team suffered a poor weekend.

The German started 18th and finished a lowly 14th, ahead of only the two Williams drivers, having struggled for pace from the start of practice.

His teammate Daniel Ricciardo had been running on the fringes of the top 10 before retiring after an incident with Daniil Kvyat on lap 32.

The nosedive in performance came as a shock to the team after the Renault had been the fourth-quickest car at the last two races in Bahrain and China.

“It didn’t go very well, obviously,” Hulkenberg told Motorsport.com. “No pace whatsoever, really slow. But I don’t have the fix or the key for it. I felt I was giving it my best effort, and was driving it pretty hard and well.

“But if you see the pace of others and mine, it was going nowhere. I’m not sure what happened this weekend, it’s been a bit like that since lap one. Maybe it’s just one of those mysterious weekends, which I hope [it is], but I felt like I had no weapons in the race.

“It’s one of 21 weekends. Of course it didn’t really go well, a bit better on Daniel’s side, but we’ll regroup and go again in Barcelona.”

The 2019 race marked Hulkenberg's third non-score in four Baku F1 races, with his only points finish a ninth place for Force India in the inaugural event three years ago.

Asked whether he's simply yet to click with the street circuit, Hulkenberg responded: "Maybe, I don't know."

How the Senna myth has been transformed